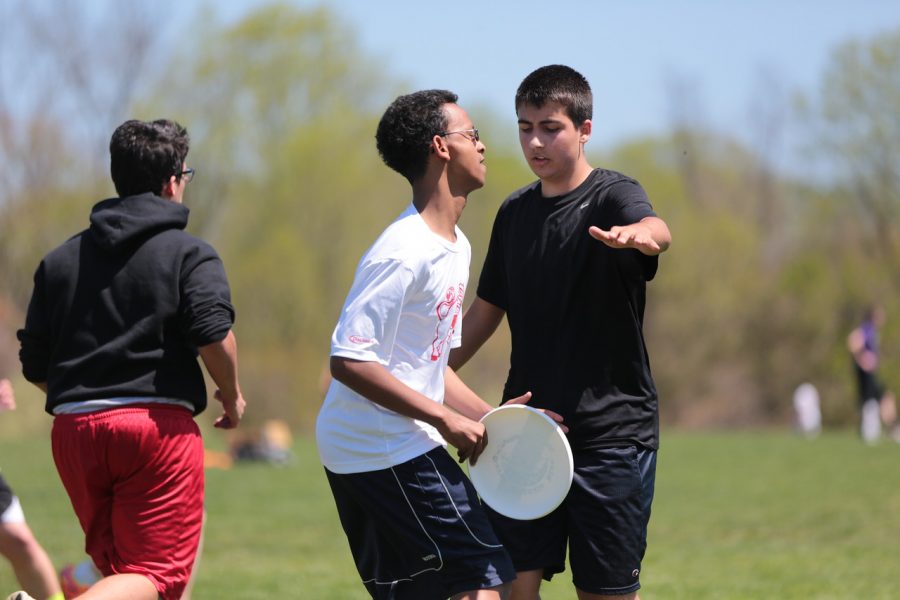 Junior Kirubel Akililu holds the frisbee in his hands, ready to pass to another teammate while trying to go through defense.

The ultimate frisbee season began approximately two months ago, but the official games started last month. On April 30, the Jefferson ultimate frisbee team competed in a series of matches with other schools around the county at Lake Fairfax Park. Jefferson’s final score for the four games was one win and three ties.

“The athletes, they’re beginners but they are very fast learners. They’re still improving since learning a new sport is tough, but they’re very good at adapting and learning on the fly when I teach them new skills,” Design and Technology teacher Jared Seyler, professional ultimate player, said.

Although the number of frisbees purchased in the U.S. yearly surpasses the amount of footballs, basketballs, and baseballs together, many people don’t know the official rules and skills to carry out a proper game. This meant that many Jefferson students were unaware of how to play prior to the start of the season and had to learn.

“There were highlights during the games where players did well,” Seyler said. “[Junior] David Chao and [freshman] Daniel Shen had big plays, and [junior] Nick Yoon and [senior] Alex Rudin were very solid, as always.”

Despite being new to the sport and overall having a lack of prior experience, the athletes are working toward improving for future games and tournaments.
“At the beginning we were dropping a lot of passes, weren’t throwing very well, but now there are very few drops during games and we still have to learn spacing but everything else is pretty good,” said Seyler.