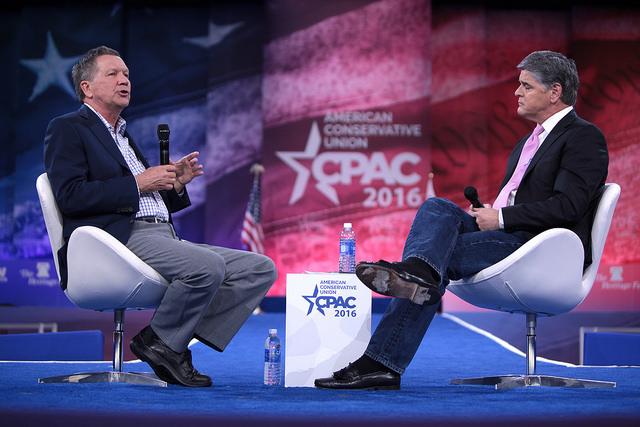 Stephen Colbert called his recurring “Late Show” segment on the 2016 presidential election The Hungry For Power Games back in September, and it looks like real Hunger Games strategies are coming into play. Ted Cruz and John Kasich have teamed up in a desperate attempt to stop Trump from getting the 1,237 delegates he needs to win the nomination without a contested convention (as of the April 27 Pennsylvania primaries, he has 954). They’re not telling their supporters who to vote for, they’ve just divided up the remaining states between them so Kasich will focus his efforts on some and Cruz will take the rest.

This isn’t a conventional tactic. Races are every candidate for themselves, and arguably they should be. Politics should just be about which candidate best represents the people, not who has the most scheming campaign manager. How much do people want to pay in taxes, in exchange for which public services? What should the penalties be for specific crimes? Trump’s message revolves around fighting back against “the establishment,” and establishment candidates teaming up to overcome the will of the people with political strategy is exactly what he’s warning against.

Unfortunately, the president has more to do than hold the same domestic policies as the majority of voters. I remember joking after Ben Carson shouted “Someone please attack me!” in a debate that he should team up with Kasich and manufacture some major fight between them to attract cameras. Manipulating the media, or manipulating the primary system as Kasich and Cruz plan to, is good practice for the things they’ll do as president.

Working together with Putin wouldn’t feel quite so difficult for Cruz or Kasich after teaming up with a candidate at the opposite end of the conservative spectrum. Any president’s gruelling schedule of speeches must seem familiar after the gruelling schedule of speeches and campaign events they held as a committed candidate. In short, the game is the same the whole way through.

I know I just validated what Trump says about the establishment, but he’s not wrong. If Donald Trump screams that water is wet, I won’t disagree. It’s just when he starts advocating using Hillary Clinton email print-outs to soak up the ocean that I object. Does he realize that he’s complaining about integral design features? The Founding Fathers built our political machine based off their own expertise and study of past governments, and it requires ruthlessness and niche skills to run.

Cruz and Kasich’s dream team setup might be too late to stop Trump, but I wish them luck. God knows we all need a little of that.