Back to School Bash ends first week of school 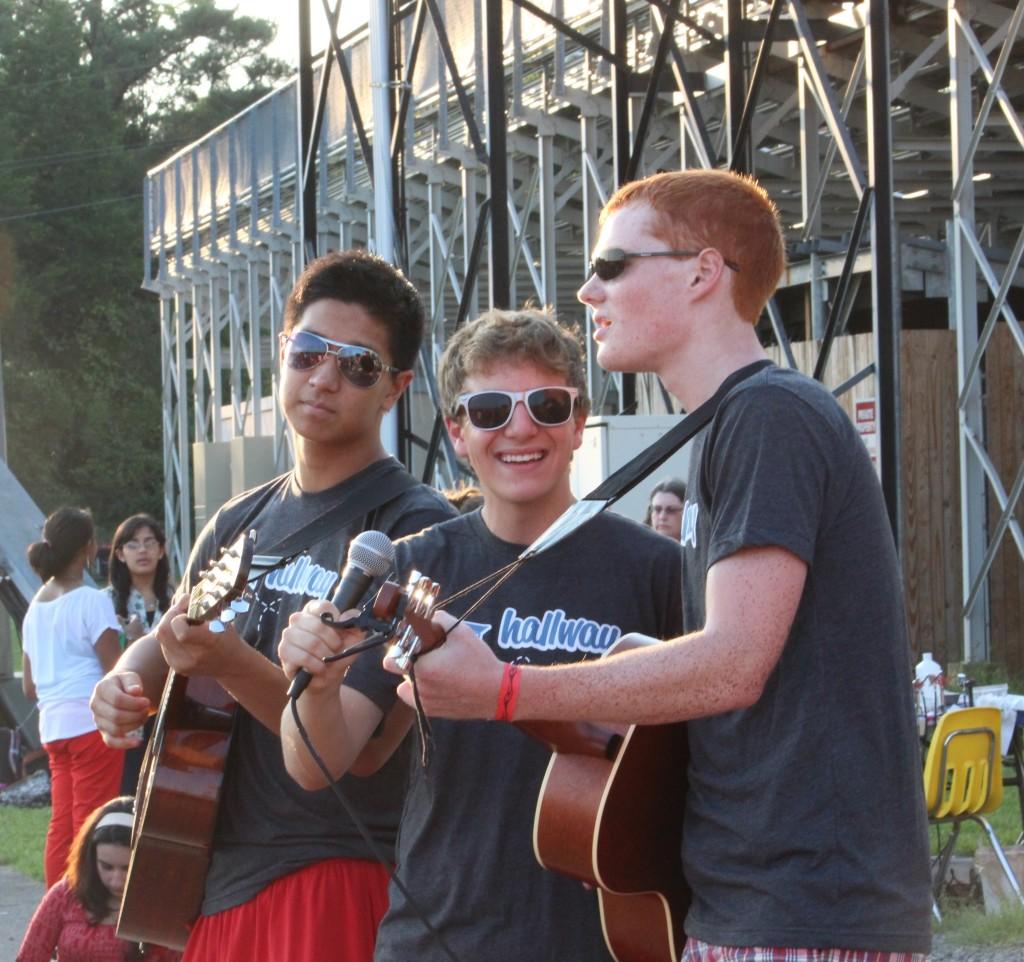 Seniors Michael Chan, Mookie Goodson and Ian McConnell, also known as the "Spice Boys," perform at the Back to School Bash.

Spanish teacher Alexandra Pou and English teacher Judy Bello waited in anticipation on the dunk tank seat, dry and wary. Suddenly, a ball struck the tank’s target, and with an eruption of cheers from the crowd of students, Pou and Bello collapsed into the water below.

Donations from the dunk tank will fund the purchase of stadium toilets. It was just one of the activities students could choose from at the PTSA-organized Back to School Bash on Sept. 7. The event served to welcome students, especially the Class of 2016. It also kept lots of students on campus for the first home football game, which took place against Langley High School after the Bash.

Those who were hungry satisfied their appetites with funnel cakes, pizza, ice cream and Chick-fil-A sandwiches. Others participated in bean bag tosses, an inflatable obstacle course and a carnival hammer game.

“The hammer game is harder than it looks,” freshman Jennifer Lee said.

“It was funny to watch teachers in the dunk tank dance along to the music,” Singh said. “Hopefully some of the stereotypes the incoming freshmen have about TJ parties and events were broken because everyone was having a great time.”