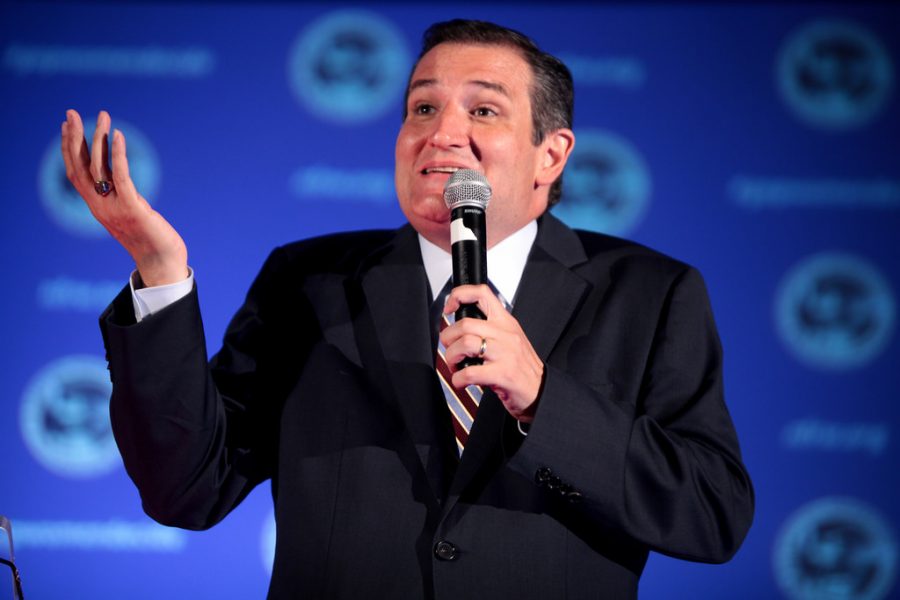 Ted Cruz, who received only slightly more than 14% of the popular vote, didn’t gain any delegates in the New York primaries. The frontrunners in the two parties were successful, which led Ted Cruz and John Kasich to pledge to work together to deny Donald Trump the GOP nomination.

Donald Trump well and truly claimed New York. He received 60.4% of the votes, and 89 out of 93 delegates. John Kasich got the other four delegates after earning 25.1% of the votes. Ted Cruz didn’t get enough votes to earn any delegates and responded with an awkward defeat speech.

Madeline Old’s Take on the Republicans:

If Donald Trump receives the Republican nomination, the toe of his black dress shoe will crush the Republican party as we know it into the dust. Ted Cruz seems normal and reasonable by comparison. He may not be quite as confident or entertaining as Trump, but his staunchly conservative policies further the recent trajectory of the GOP. If Cruz loses, that trajectory will be broken in favor of seduction by a brash, irresponsible candidate with a political future as empty as his past.

Katherine Hughes’ Take on the Republicans:

Donald Trump is even closer to the nomination after his win in New York. Although he took on a more politician-like tone for his victory speech, the damage has already been done. Trump has insulted nearly every demographic that he has tried to get votes from. Trump has criticized America’s relations with our allies. He is still vague about his policies, despite the late time in the election cycle and his supporters’ desire for more information. Exit polls show Trump polled the highest among voters for whom foreign policy and terrorism was the biggest issue and second best among voters who were worried about the economy and jobs. However, Trump has never run a country and cannot be expected to form long-lasting treaties or solidify relationships with allies, especially when he has insulted many of them during his campaign. Additionally, although Trump is richer than many Americans, his businesses have gone bankrupt four times; the country is already in severe debt, and someone who has run companies into the ground can’t be trusted to rescue the economy or save jobs. Trump’s rise through winning New York and other elections is truly terrible.

Hillary Clinton’s win in New York April 19th by over 15% only helped her in the race to be the Democratic Presidential nominee. The 139 delegates she won, 33 more than Sanders, added to her lead in pledged and superdelegates. Granted, there are still many more primaries and caucuses and there are still chances for Bernie Sanders to win the nomination, but it would be very difficult. Sanders would need to win over 70% of the remaining delegates to get ahead of Clinton’s lead in delegates which would be difficult, especially as Clinton is expected to win the upcoming state’s primaries and caucuses.

Madeline Old’s Take on the Democrats:

As a supporter of the losing candidate, what am I supposed to say? Yes, Hillary Clinton, who is brilliant, politically savvy, and too clinical for me, won. During the few hours I spent watching the live results come in, her lead narrowed from seventy percent to sixty, but it went downhill after I logged off. There were warnings about voter suppression from suspicious Twitter accounts telling Bernie supporters to wear campaign merch to polling places despite it being illegal, and polls only opening at impossible hours for people in nine-to-five jobs, all of which flooded Tumblr all day. But I won’t comment on that. The polls have closed.

Bernie Sanders is still the candidate for me, whatever the voters of New York might think. Arguing that his goals are unrealistic is extremely short-sighted when people like Ted Cruz can say they want to shutdown the IRS, even though tax money pays not only for his salary but for any ambitious military project he and his fellow Republicans feel like implementing. Bernie is also smart enough to look across the Atlantic to Scandinavia and realizes that socialism works. Marco Rubio wanted to return America to what it was rather than taking our cue from socioeconomic innovation elsewhere, even though the Constitution itself was written based on previous political philosophy.

Katherine Hughes’ Take on the Democrats:

I don’t “feel the Bern”. I don’t even understand the slogan- why anyone would want to feel burned? I’m definitely not a Bernie supporter and I don’t think his policies are realistic at all. I’m a Clinton supporter and so for the past couple of the weeks, I was thankful the New York primaries were coming up to slow, or hopefully stop, Sanders’ momentum. And they did. Clinton emerged with a solid victory. Although her lead has been drastically reduced from the first pollings months ago, Clinton is looking more and more like the Democratic nominee. I think this is good; although many voters perceive Clinton as untrustworthy and bad for America, I think she would know how to run a government and would be a good president. She doesn’t make inflammatory statements every press release, she is loyal to our allies and already has worked with them, and she would be pragmatic but look toward the future.