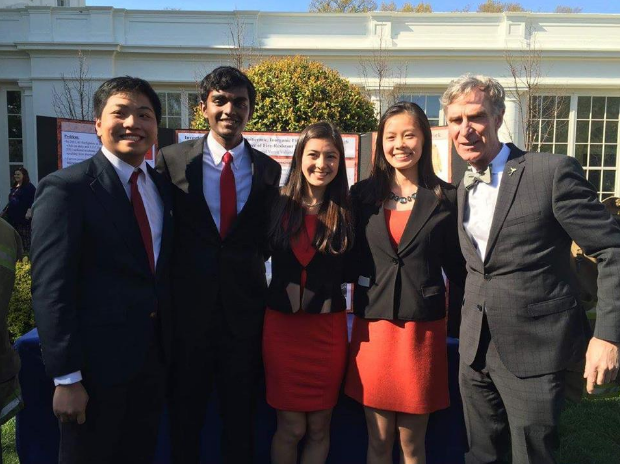 Child science advisor to the White House. That’s a position you have probably never heard of before because it doesn’t exist, for now. Jacob Leggete, one of the few students to be invited to this year’s White House Science Fair on April 13, has plans to become the first to create such a position. Legette made his case to President Barack Obama when he got to personally meet the him. The idea seemed to catch the president’s attention, as he mentioned it later in his speech after the event.

“I should add, by the way, Jacob had a very good idea,” Obama said in a speech the day of the science fair. “We should have a kid’s advisory group that starts explaining to us what’s interesting to them and what’s working, and could help us shape advances in STEM education. ”

Many feel that a position like a child science advisor could really help improve STEM education. They also feel that how children learn STEM topics will affect their attitudes toward those subjects in the future when they must choose career paths.

“How children perceive STEM education is absolutely critical to whether or not they pursue STEM when they grow up, and I think it’s very important for our nation’s leader to understand how education policy is impacting the students it directly affects,” senior Matthew Sun said.

As a STEM school, a position like this is appealing to many students who hope to pursue science in their future.

“I think I personally would really like to do this,” sophomore Mariam Khan said. “If representatives from this school went we might have more knowledge than most general schools on STEM, and also we would know a better way to teach it to other people so they understand too.”

“As a student from a magnet school, I would be interested in this position,” Sun said. “I didn’t attend a magnet school for elementary and middle school, and I think that having access to both typical public school STEM education as well as TJ-level STEM education has taught me a lot about what is effective and what is not.”

However, some students also note that perhaps this position should also include students who don’t go to a magnet school, and maybe even struggle in certain subjects, so that they can explain what methods of learning work best for them.

“At the same time, magnet school students typically have an above-average passion for STEM already; students from base schools might have a better view of how STEM education impacts most students across the country,” Sun said.

Some students also feel that youth will be better at understanding what teaching methods are successful because they are currently going through the process of being a student, while adults may not remember their life as a student as well.

“When you become an adult you seem to forget somethings about when you were growing up, so having a child tell you ‘this is what personally works for me’ would really help,” Khan said.

Another aspect some youth feel needs to be considered, is how much the world has evolved, and how education changes with the times. So, although adults may know what worked in the past, many feel children’s voices are the best for expressing how to teach in appealing way to students now.

“Things are changing now, technologically, socially, and politically, so, the education system is also going to change,” Khan said. “How people learn might also change, so I feel like a child’s input is needed.”

There are many different opinions on whether having children advise on education will be beneficial. Some of those who feel that input from children is needed believe it could help change how our entire education system is viewed.