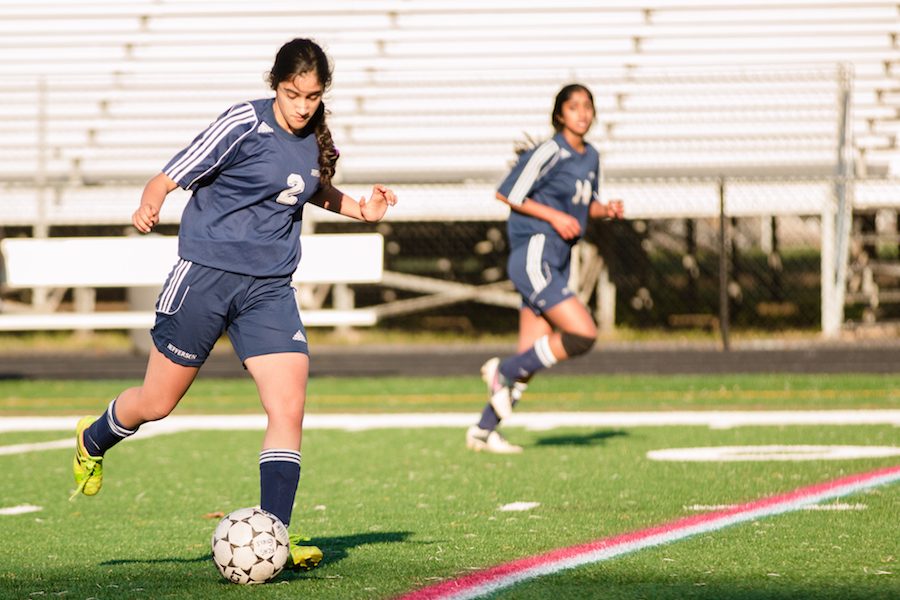 The Jefferson JV girls soccer team won 2-1 against Lee High School on April 18. This was their first decisive win in years, after two previous ties this season.

“We ended in ties, 0-0 for both of [the previous games], and I think we could have done better [then], so just to have us win is great,” said freshman, center attacking midfield, Rhea Nandra.

Factors that made the game a success for Jefferson included the team’s ability to coordinate their passes better. In addition, the JV coach and the varsity girls soccer coach had talked to the team at halftime, giving the team advice for the rest of the game.

“They were saying, ‘defense needs to push up’, to support,” said Nandra. “It was good to see how people were understanding that you not only play the game on the ball, but off the ball.”

Though Jefferson was losing 1-0 in the first half, Nandra and freshman Otilia Danalache scored during the second.

“[During the] second half, we came out a lot stronger than the first half, we were more aggressive, we were pressing more, so offense definitely pulled their weight a little bit more. Also, we started playing more offense than defense and that really helped with the goals,” said Nandra.

The team’s confidence in their ability to win has brought about some changes during practices, which are focusing more on playing offensively.

“Since winning the game, we know that we can get down some of the basic stuff, so we’re working on scoring now, since we need to score more,” said freshman, forward or right midfield, Nali Huynh.

However, there also are ways the team can display greater teamwork while playing, both through working on connecting their passes even more and growing closer as a team.