An in-depth look into this crew position shrouded by mystery 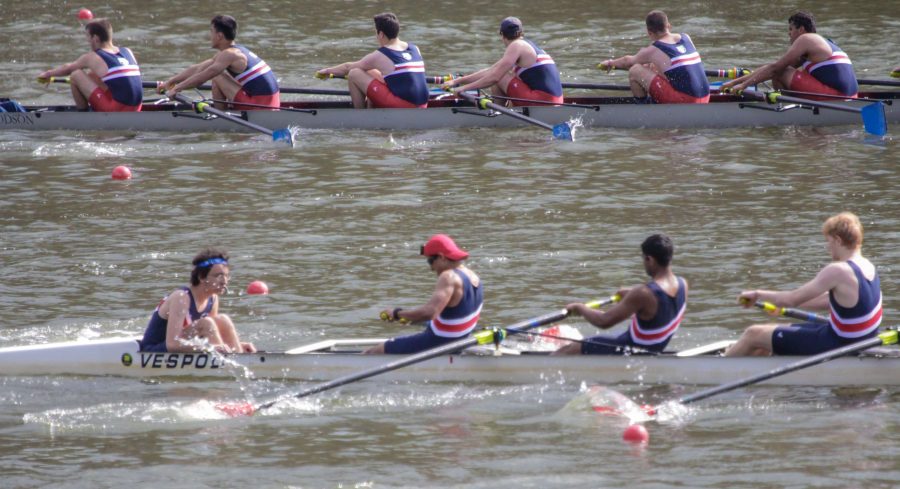 At Jefferson, crew is everywhere. The popular sport with involvement of over 100 organizes conditioning practice during off seasons, holds club fundraisers, and even has its own eighth period blocks on Ion. Not surprising, considering that crew has one of the largest memberships out of all Jefferson sports. However, even with this publicity, one crew position still remains elusive to the public understanding.

“I think outsiders to crew don’t really understand what a coxswain does completely,” senior Joyce Duan said. “After a little explaining however, people who don’t do crew quickly come to understand our job.”

So what does this mysterious position do, and how does it contribute to the sport?

“Essentially, a coxswain is an intermediate between the coach and the rowers. Coxing requires a different set of skills that aren’t necessarily physical, but rather mental and strategic,” freshman Vishnu Murthy said. “During practices, we run the practice drills and during race days, we execute the race plan, and we also steer the boat.”

Although navigating the boat does not require as much physical strength as rowing does, coxswains need a variety of other qualities in order to be successful.“I would say a good coxswain is assertive, attentive, organized, quick at making decisions, and motivational,” Duan said. “Weight doesn’t play a huge role, especially in high school, but of course the lighter the better because that’s less weight for the rowers to carry.”

However, sometimes coxswains can receive negative comments about their position from people outside of crew who do not fully understand the importance of a coxswain.

“Most people who aren’t familiar with the sport just assume the coxswain is sitting in the back of the boat yelling ‘row, row, row’, when in reality it’s almost the opposite, where the rowers follow the rhythm and the cox is more like the brains of the boat,” junior Colin Buckley said.

According to Duan, it is that team understanding and dynamic that makes being coxswain so special and gives them such power as a member of the crew team.

“I think the team understands how crucial of a job it is and that a good coxswain can really add a lot to the boat,” Duan said. “Whatever you [as a coxswain] say can have a huge effect on the team. Basically, a coxswain’s words are power, and that’s really cool.”