“Midnight Special” fails to be special 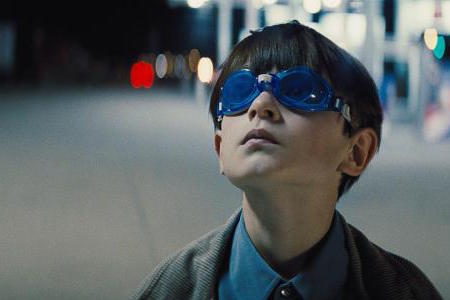 Alton (Jaeden Lieberher) looks up at the sky, presumably using his abilities to detect technology used to track him. “Midnight Special” saw its limited release on March 18, after debuting in the U.S. at South by Southwest Film Festival on March 12.

“Mud” director Jeff Nichols’ newest movie, “Midnight Special”, headlined at South by Southwest Film Festival (SXSW Film Festival) this March to relatively positive reception. The plot also had potential: a father and his son who has special abilities are on the run from the government to reach a specific location by a certain date. They believe that being there will help to reveal the origin of the son’s powers, which include emitting light from his eyes, and controlling electronics. However, the film failed to deliver on a number of fronts.

The beginning of “Midnight Special” was effective in setting up the story. There are a number of shots filmed well, with interesting lighting and agreeable scenery, similar to a “The X-Files” episode. The few details presented also draws in the viewer, in anticipation for the movie’s pace to pick up.

However, the sparse dialogue and lack of explanations last throughout the whole movie, and this is its most prominent weakness. In many films, this type of minimalism can be more impressive than going over-the-top with embellishments, but its usage in “Midnight Special” just made the movie feel incomplete. The unanswered questions in the movie also could have been set up to be points of discussion, but the lack of “showing and not telling” during the film makes them outright plot holes. By the time the story reaches its climax, viewers will remain fairly indifferent to the emotion the film attempts to express.

In addition, most of the characters were majorly underdeveloped. The limited dialogue is a likely reason, though other films such as “Mad Max: Fury Road” have incorporated this successfully. For example, perhaps National Security Agency (NSA) agent Paul Sevier (Adam Driver) is a somewhat-nerd with a lot of curiosity, but because of his limited screen time Driver’s acting, which is not necessarily bad, came off as awkward.

The rest of the cast also had just as, if not more, disjointed performances. Even during moments meant to have little emotional impact from the characters close-up shots of the actors are overused, and this can become tiring.

Nichols was paying homage to past science fiction movies through “Midnight Special”, and while some of the movie had that reminiscent tone, most of it did not conjure excitement or convey a substantial message.