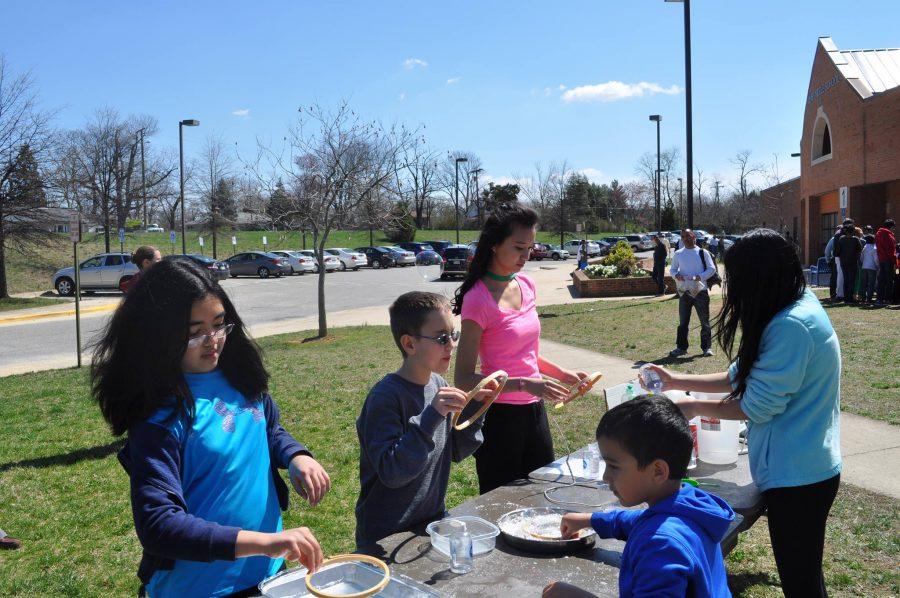 Jefferson students help out at Techstravaganza. In past years, the event was held at Holmes Middle School, but construction has finally progressed to a point where it can be held at Jefferson itself.

Jefferson’s Tomorrow’s Women in Science and Technology (TWIST) club will be hosting its annual Techstravaganza, an open house for local elementary school students interested in science, technology, engineering and math (STEM), on Saturday, April 23. This year, the event will occur at Jefferson itself rather than at Holmes Middle School, near the Jefferson campus, where it happened in the past. This is the first time in three years that progress with construction has made this possible.

Sonia del Cerro, biology teacher and TWIST sponsor, has high expectations for this year’s event. In del Cerro’s seven years of being involved in sponsoring Techstravaganza, the event has grown significantly in terms of variety of events and number of clubs involved. Her greatest excitement, however, comes from the return of the event to Jefferson’s campus.

“The biggest issue was all the moving of materials from Jefferson to the middle school, and back,” del Cerro said. “In addition, we had to pay rent costs for the building, which was a lot of money. While Holmes was a great venue, it’s also wonderful to have fewer worries about logistics and to be able to come back here.”

She also added that the experience will likely be enhanced by the return to the school campus.

“Since we are back in a familiar space, it will be much easier to get materials if needed for different events,” del Cerro said. “Being in the space will definitely be a good experience for visiting students, too, and altogether, it should improve its flow and efficiency.”