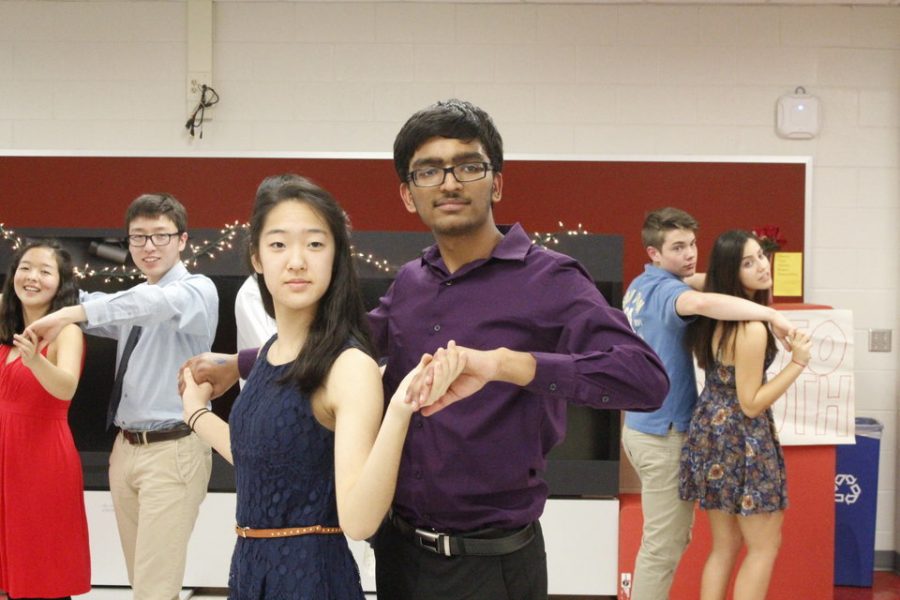 Sophomores Jainam Modh and Hannah Han hold a pose, as instructed by the dance teacher.

The atmosphere at Bulería was lively and fun, with energetic beats making it hard to resist dancing. One of the main aspects of the opportunity for students to learn popular Latin American dances such as the salsa and the bachata.

Members of Spanish Honor Society were required to attend the dance and set up beforehand, which included filling balloons with air, placing lights around the commons, setting up the ticket booth and making the food accessible to the attendees.

This year Spanish teachers also gave extra credit to those who attended, with the number of extra credit points varying on the teacher.