Show “60 Days In” offers a harrowing look at prison life 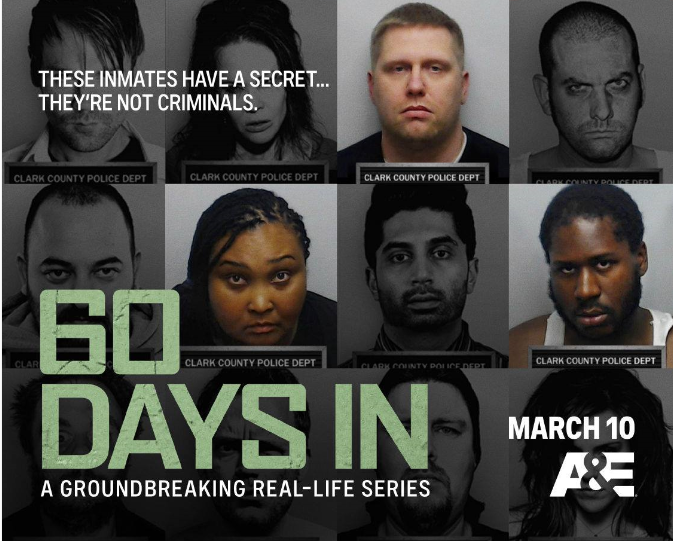 “60 Days In” is a new television series on the channel A&E that is part reality show and part documentary. If you’ve ever wondered what prison is like, without actually going to one, you might want to see this show.  Seven non-criminal participants enter the Clark County Jail in Jeffersonville, Ind., for 60 days as part of a sheriff’s program to uncover the corruption taking place in the prison.  The seven people are each given a cover story, training and a crime they have committed to share with inmates as to why they are there. Only the sheriff and a detective know that they are really innocent. The other inmates and officers do not know the real truth.

Clark County inmates live in groups, referred to as pods, rather than in individual cells. The pods are overcrowded and violent and high levels of drug activity take place.

Each of the seven fake inmates have their own backstories.  One participant, Zac, wants to be an undercover drug enforcement agent and enters jail to gain insight into his future career, along with helping the sheriff.  Women participants, a stay-at-home mom, cop, and even a daughter of Muhammad Ali enter the women’s pod. It is not as overcrowded, but emotions run high and supervision seems nonexistent.

“60 Days In” offers an up close and hard look at prison life and its food, monotony, sleeping conditions, inmate hierarchy and the biggest rule of all — don’t snitch.  Audiences see the dehumanizing aspect of prison and the alliances that form to survive and deal with difficult people and situations. Small tiffs become big events in prison. If someone takes your shower shoes, or someone innocently says something that insults another inmate, it’s a big deal – and it can result in an attack, or at the least, a very bad day. Viewers see that there are some people in prison who try to help others and a lot who don’t.

The show depicts the constant suspicion in prison and how the close living conditions breed distrust. It’s a show that will make you want to stay on the right side of the law and make you wish prisons were able to keep the drugs and attacks out of prisons and offer more to reform, rather than to further dehumanize and warehouse people.  It’s a tough show, but an important topic and certainly worth viewing.