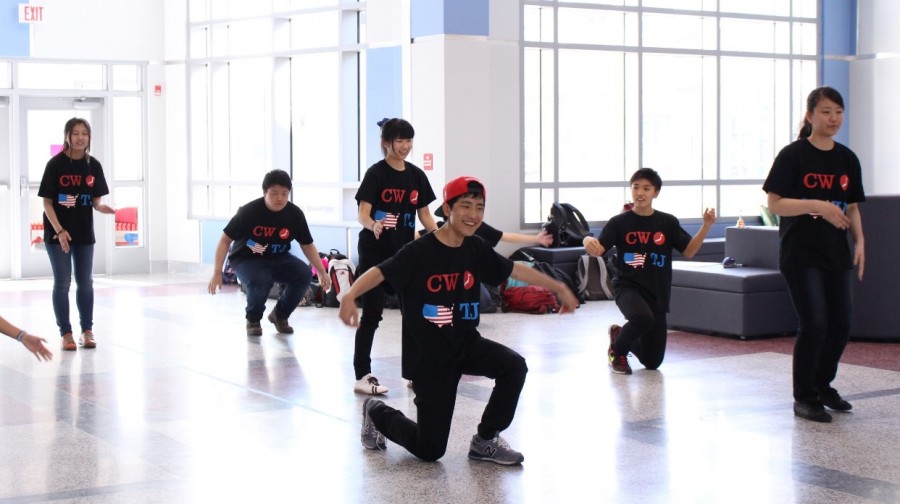 The exchange program between Chiben Wakayama High School and Thomas Jefferson High School had commenced 23 years ago, and this year transferred twelve Japanese students as done in previous years. The program succeeded in forging friendships between the two groups, regardless of the cultural and linguistic barriers that separated them.

“I haven’t had that much experience with actual Japanese so this is my first time interacting in a deep way with it, and now I’ve learned a lot about the culture and language,” freshman Helena Lu said. “The language barrier causes difficulties in friendship, but the purpose of the program is to overcome those barriers.”

With a selection of activities even beyond the classroom, including three celebratory parties and frequent city outings gave them a multitude of opportunities to enjoy American culture over the course of the week.

“The Chiben students do various field trips during school and have visited Capitol Hill, the Holocaust Museum, and the Washington Monument; and they are going to visit the Pentagon next week,” Japanese teacher Koji Otani said. “We [also] had a Thanksgiving party because Thanksgiving is a big feast where we all thank each other, making it the best fit for integrating this sort of group together.”

However, these activities did not expose Chiben students to the majority of their American peers. In an effort to resolve the matter, the Japanese program hosted the eighth period as a means to see, speak, have fun with their American counterparts, and expunge any barrier that may have existed between the Japanese and the general Jefferson community.

“The reasoning for doing [the activities] is to break up the tension between [the Japanese and American students], so they want to play a game to loosen it up, and make it so everyone is a little more comfortable with each other,” senior Calvin Muramoto said.

The affair comprised two games and an American-geared dance performance. The first game centered around facts about Japan, while the second aimed to get the students to interact with one another.

“The first one was a trivia game, and they asked us questions,” sophomore Soham Ray said. “[The second was] more of a team game. They call out numbers, and you have to make a group with that many people. If you have too many or too little, you’re out; if you don’t have a group, you’re out.”

At the end of each block, the Japanese students gathered to perform to Justin Bieber’s “Sorry”, encouraging their American peers and hosts to join them in a picture to memorialize their trip to Jefferson.

“This is a fun thing to do without structure [that makes it] easy to relax, especially [at] the end of a Friday,” Ray said.

While this succeeded in bringing comfort among the Jefferson students, the Japanese, who were unaccustomed to much of the American culture and language, required the aid of their host families in inciting their acclimation of the new environment.

“The host families help us a lot in adjusting, and they do as much as they can for us, help[ing] with the language problem and cultural differences,” Japanese exchange student Kōsuke Nishibayashi said. “On weekends, they bring us to take part in some activities, so that we can enjoy our stay.”

By the end of the week, this trip had proved plenty educational for both the Chiben and Jefferson students. With an increased knowledge of English and its colloquialisms, the Chiben students made strides in their active communication with their peers.

“The Chiben students learn a lot that they cannot learn from textbooks, [including] up-to-date teenage culture [and] the school-related and home culture of typical Americans,” Otani said. “The TJ students learn about the Japanese culture from the exchange students, too. Both groups of students gain an opportunity for casually speaking either Japanese or English, which is something that they do not learn in a school setting.”