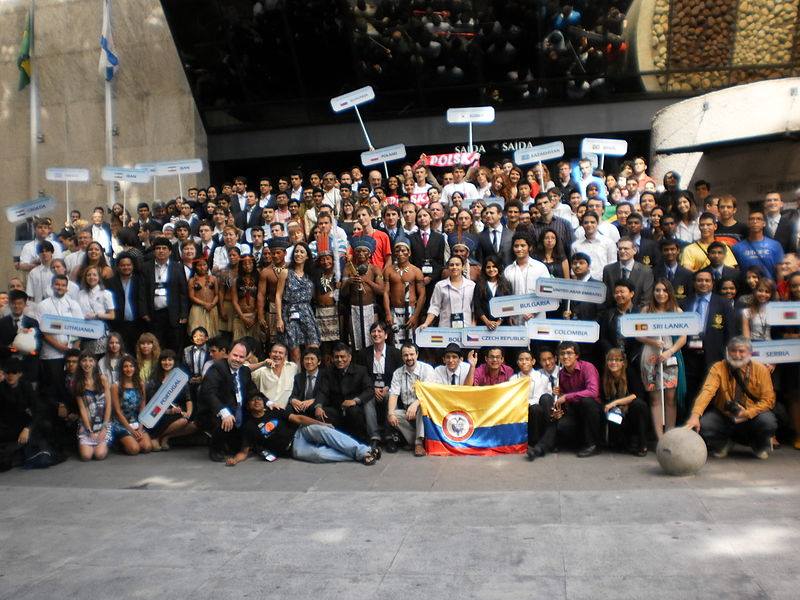 Participants from over 40 countries came to compete in the 2012 International Olympiad on astronomy and astrophysics. The 2012 Olympiad took place at Rio Planetarium in Rio de Janeiro, Brazil.

The Astronomy and Astrophysics Olympiad is an annual competition for high school students around the world. Over forty countries participate, including the United States, which joined the competition in 2013. Each country forms a team of five selected students to represent the nation in an International Olympiad.

Philip Carr and James Ma of Jefferson High School qualified to proceed to the second round of the competition for 2016. This second round consists of tests, in which students compete for a spot on the team that the U.S. will send to India for the International Olympiad in Dec. of 2016.

“In 2013, there were some people in the U.S. who actually brought [the Olympiad] here [to the United States] and started the competition. I heard about it last year, and that’s why I wanted to participate. I knew I wanted to try a competition related to astronomy and astrophysics,” senior Philip Carr said.

The competition gives students opportunity to test their knowledge in Astronomy.

“I’ve been pretty interested in Astronomy ever since I was in elementary school, so it’s nice to be able to compete and get the success of moving forward in this competition,” Carr said.

In preparation for the competition, students studied subjects in physics and astronomy.

“Last year I was in AP Physics, and that really helped because we were learning about gravitation at the time,” Carr said. “[The test had] general astronomy, like deep-sky objects and the behavior of stars and galaxies.”

“We’ll be meeting fairly soon in the next couple of weeks to hopefully help get other TJ students interested in this competition,” Carr said. “It’s just nice having this competition brought to the U.S., where we can hopefully see more TJ students get even more successful and possibly make it into the international [stage of the competition].”