“Zootopia”, a charming animation with a moral message 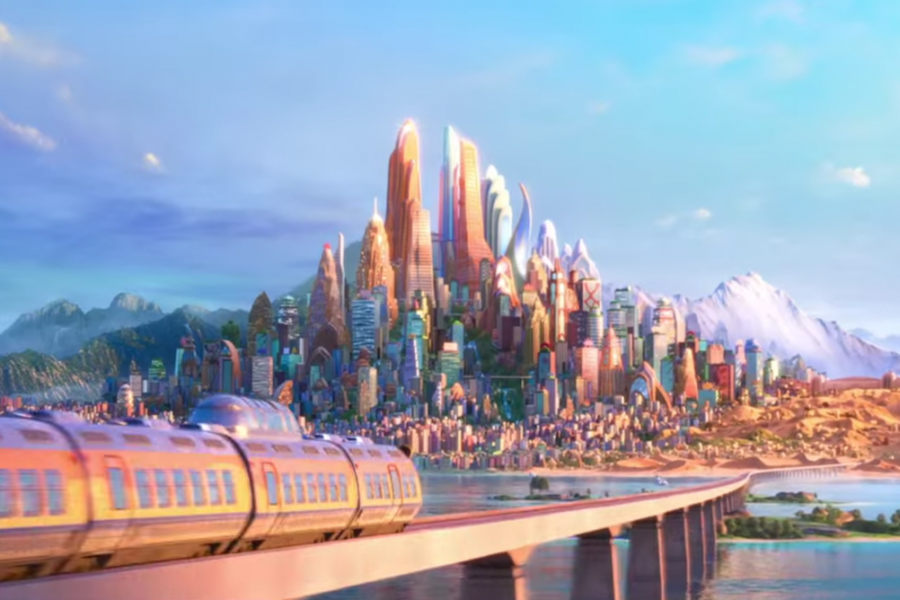 Already being called a classic by some critics, the newest Disney animation “Zootopia” hit theaters on March 4 and is receiving high praise from viewers. The movie is full of adorable characters with a myriad of personalities, and it intelligently incorporates contemporary social issues within its scenes.

“Zootopia” is set in a world where animals have evolved to be anthropomorphic, cooperating creatures without human interference. Predators no longer hunt prey, and both seem to get along well on the surface. The film follows a rabbit named Judy Hopps (Ginnifer Goodwin) who moves to the city, Zootopia, to realize her dream of becoming a police officer.

Despite her small size, Hopps is able to enter her desired field through the police department’s mammal-inclusion initiative. At the start, the police chief Bogo (Idris Elba) gives her parking patrolling duties. With the motive to be entrusted with more exciting tasks, Hopps takes on a challenge to find a missing mammal. Fox Nick Wilde (Jason Bateman) eventually becomes her partner in solving the mystery, and together, they uncover a conspiracy that could tear Zootopia apart.

First off, the animation in “Zootopia” is beautifully done in a number of ways. The scenery is depicted with an amiable color palette that conveys the mood of the location. Sunlight is illustrated so that the lit objects have a subtle glow, adding to the pleasing colors. The characters also have intricate details, down to each hair. The individuals are overall adorable, and successfully convey emotions through their obvious facial expressions and body language.

The actors’ and actresses’ voiceovers also amplify the character development. Goodwin convincingly comes through as optimistic and joyful while her character’s polar opposite, played by Bateman, successfully sounds satirical yet earnest at times. The theme song, “Try Everything” by Shakira, sounds like a cliche feel-good song that adds to Hopps’ spirit and will to break boundaries.

Nonetheless, what makes “Zootopia” suitable for children today to understand is its message on ending harmful stereotyping and prejudice. There is a scene where Hopps is called “cute” by Clawhauser (Nate Torrence), to which she replies that though fellow rabbits may call each other “cute”, it is rude for other animals to do so. Calwhauser is readily willing to understand this, exemplifying how to politely handle others when they point out your mistakes.

Prejudice against marginalized groups is also shown, when predator species are judged by the prey. The mayor Lionheart (J.K. Simmons) is a predator, and this becomes an issue when tensions between the two groups begin to grow. Hopps tells Wilde that he is not like the “others”, meaning predators who have been attributed to being “savage” by the majority of prey. The way Wilde was hurt by this stereotyping relates to how society will often dehumanize a group of people.

Though it does touch on serious topics, “Zootopia” seldom strays from being funny, from the amusingly slow sloths to animal-related puns. It is full of jokes targeted towards all members of a family. “Zootopia” will not only engage viewers with its impressive visuals, but will also cleverly teach viewers a valuable moral lesson.