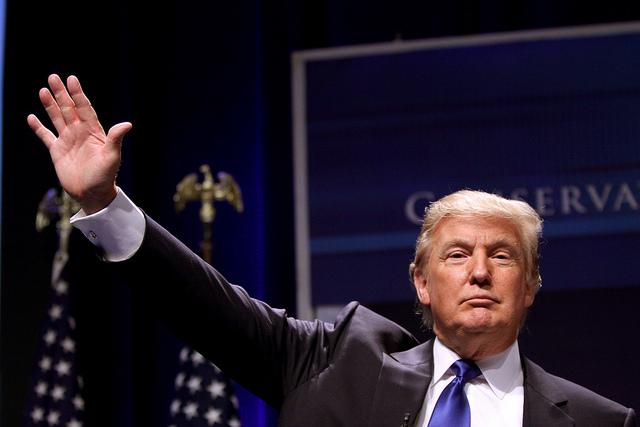 Finally, the election is speeding up. After months of speculation and harassing Iowans, the avalanche of primaries let loose yesterday in the event known as Super Tuesday, when 13 states and American Samoa held their primaries. Democrats fought over more than 800 delegates and Republicans fought for just over 600 delegates. This tally for Democrats is about a third of the total and for Republicans, it’s about half.

Everyone who will be eighteen by the general election, including many Jefferson seniors, were eligible to voice their opinions on who their party’s nominee should be. Primary laws vary by state, and Virginia has a system of voting called open primaries, which lets voters vote in whatever party’s primary they want, no matter which party they are registered in. This system is beneficial to independents especially, because in closed primaries, which some states hold, independents can’t vote.

“I took advantage of the open primaries,” senior Andrew Jiao said. “The VA Republican party wanted it to be closed only to Republicans and had they done that, I would not have been able to vote for the candidate that I wanted… I consider myself an independent.”

Other Jefferson students who do align themselves with parties used the open primary system for other reasons. Voters have tried to sabotage the opposing party by voting for a candidate they don’t think could beat their own candidate in the general elections in the past.

“I voted for Donald Trump. I wanted to sabotage the Republican party because I’m really liberal. I don’t think he has any chance of beating Hillary Clinton in the general election,” senior Mark Prettyman said. “If I had voted in the Democratic primary I would have voted for Bernie Sanders.”

Primaries tend to have lower turnout than the general election, because they don’t have as much of a dramatic effect. This may be a problem because politically passionate voters tend to vote in primaries at higher rates than moderate voters, and nominate a candidate who may not be able to please the whole nation in the general election. Not everyone who voted in this primary was politically passionate, however.

“I didn’t decide who I was going to vote for until the last day, so I went up and they asked me if I was Democratic or Republican and I just chose whatever, so in that way I did take advantage of the open primary,” said senior Lisa Qian. “In the morning my mom sent me a quiz of who I side with and I took it and got 97% Bernie Sanders and 94% Hillary Clinton so I ended up voting for Bernie Sanders because apparently I agree with a lot of his policies.”