Meet “Deadpool”, the anti-hero of the ages 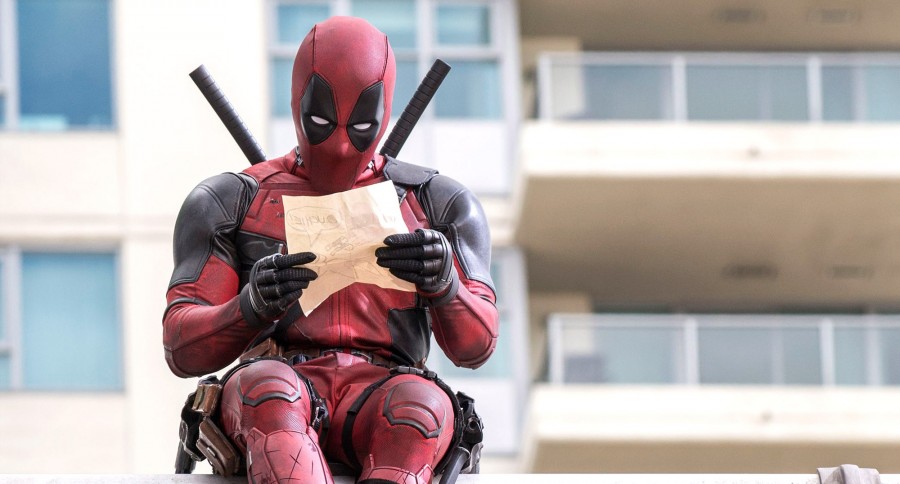 After many months of anticipation, “Deadpool” finally hit theaters nationwide on Feb. 12. Based on the Marvel comics, this movie centers around the origin story of Wade Wilson (Ryan Reynolds), a mercenary who is diagnosed with cancer. Wilson takes part in an experiment that cures him, but also leaves his appearance deformed and gives him healing powers. Wilson soon adopts Deadpool as an alter ego and begins his search for the one responsible for turning him into a mutant, essentially, a man who calls himself Ajax, but real name is Francis (Ed Skrein).

Tim Miller’s directing in “Deadpool” is remarkable from start to finish, as he creates a sarcastic film that contains no restraints. More than other films, the opening scene of “Deadpool” was crucial for setting an action-packed, yet comedic tone. Instead of the casts’ names, joking titles are displayed. The scene also portrays interesting cinematography, where the view pans around a frozen shot. The effects are also not too over-the-top, and Colossus (Stefan Kapicic) is well animated.

The storyline itself does not quite present anything new and some of the jokes almost seem to be trying too hard to be funny. However, penned by Rhett Reese and Paul Wernick, the script does allow for “Deadpool” to be character driven, mostly through Deadpool’s narratives. The narration and flashback sequences, which could have made for a weak movie if done incorrectly, makes Wilson’s path to becoming Deadpool entertaining and easy to follow. There are also multiple “fourth wall breaks”, where Deadpool is seemingly aware that he is in a movie and speaks to the audience. Viewers will be pleased by references mocking Reynolds’ past superhero movies, “X-Men Origins: Wolverine” and “Green Lantern”.

With release days before Valentine’s Day, the film was marketed towards a Valentine’s’ Day crowd. Love interest Vanessa Carlysle (Morena Baccarin) plays a prominent role. Furthermore, after Wilson becomes disfigured, one of his motivations to finding Ajax and getting his deformities from the experiment fixed is his fear of not being accepted by Carlysle again.

The casting was one of the biggest highlights of the movie. In a 2004 comic, Deadpool was described as looking “like Ryan Reynolds crossed with a Shar-Pei.” Miraculously, Reynolds was cast, and gave a memorable performance. The makeup department also did a commendable job with creating Wilson’s post-experiment face. Alongside Colossus, newcomer Brianna Hildebrand convincingly conveys the rebellious-teen look as Negasonic Teenage Warhead, and is en route to a bright film career. Overall, no performance in particular fell short of the others.

Though “Deadpool” is bound to be one of the bigger Marvel-based movies, younger viewers should be aware that it is rated “R” by the Motion Picture Association of America (MPAA) due to abundant amounts of violence, foul language and adult content. “Deadpool” isn’t close to being the perfect movie, but still qualifies as a must-see for early 2016.