The Zika virus: what do we know? 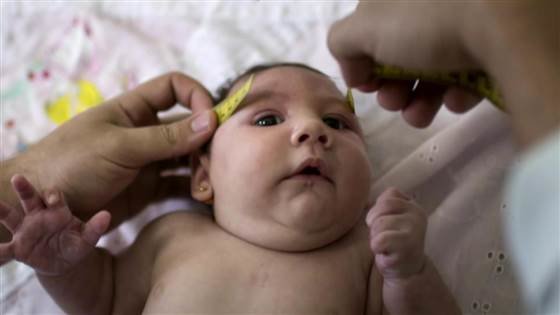 Photo courtesy of NBC News. Pregnant mothers infected with the Zika Virus often give birth to babies with shrunken heads (also known as microcephaly). The Zika virus has been associated with the spike in the number of cases of shrunken heads in newborns.

According to the Center for Disease Control (CDC), what we know about the virus is that Zika can be spread from a mother to her fetus during pregnancy, and that infection during pregnancies may be linked to birth defects in babies. No vaccine or medicine has been developed yet that can cure the disease. Though several companies are making efforts to create vaccines to fight Zika, according to CNN, the vaccines are at least 18 months away from large-scale trials.

The 18 month delay is due to the fact that companies have to ensure that their vaccines meet a multitude of benchmarks set by the government, and because the drugs have to go through many stages of testing before they can be tested on a large group of people. The World Health Organization (WHO) has pledged to accelerate the assessment process of the drugs. On Feb. 8, the White House also announced that it would ask Congress for approximately $1.8 billion to establish an emergency fund to accelerate the research and development of drugs.

Though there is currently no vaccine that prevents Zika, the CDC has released a list of steps that can be taken to avoid contracting the disease if you are traveling to countries where Zika mosquitoes are found. The list includes wearing long-sleeved shirts and long pants, using door screens to keep mosquitoes outside, and using insect repellant. The CDC has also warned pregnant women and women who want to become pregnant to avoid traveling to the 14 countries and territories where spread of the virus is taking place.

The alarm surrounding the disease is due to the fact that the virus has been associated with the spike in the number of cases of microcephaly in newborns. Microcephaly is a neurological disorder that causes babies to be born with abnormally small heads, resulting in developmental issues and sometimes death. According to The Washington Post, Brazilian doctors have also suspected a link between the virus and cases of Guillain-Barré, a syndrome that can lead to paralysis, in newborns. Another reason for the alarm is that 80 percent of those infected by the virus are not aware they have the disease because they do not display any of the common symptoms, which include fever, headache and rash.

The WHO predicts that there will be 3 to 4 million new infections in the Americas this year, and projections of the affected areas include an abundance of cases in the southern portion of the United States. The southern part of the United States is at the most risk of cases, due to its hot and humid climate in the summer. According to the CDC, Puerto Rico, a territory of the United States, has already had eight locally acquired cases, meaning that patients who had no known travel history contracted the disease from infected mosquitoes in the area. There has also been one travel-associated case in Va., one case in Maryland and Florida has the highest number with 21 cases.

Though mosquitoes are not a big issue in the Washington area right now due to the snow and cold weather, doctors urge the need for attention and awareness. In an interview with WTOP, Dr. Daniel Lucy, an infectious disease expert at Georgetown University, said that he urges women who are pregnant or hoping to conceive to avoid traveling to areas where cases of Zika are extensive, advice similar to that of the CDC.

“The number of Zika cases among travelers visiting or returning to the United States will likely increase,” the CDC said in comments following a map of the spread of the Zika virus, underlining the need for caution, especially as summer approaches and the weather becomes optimal for mosquito reproduction.