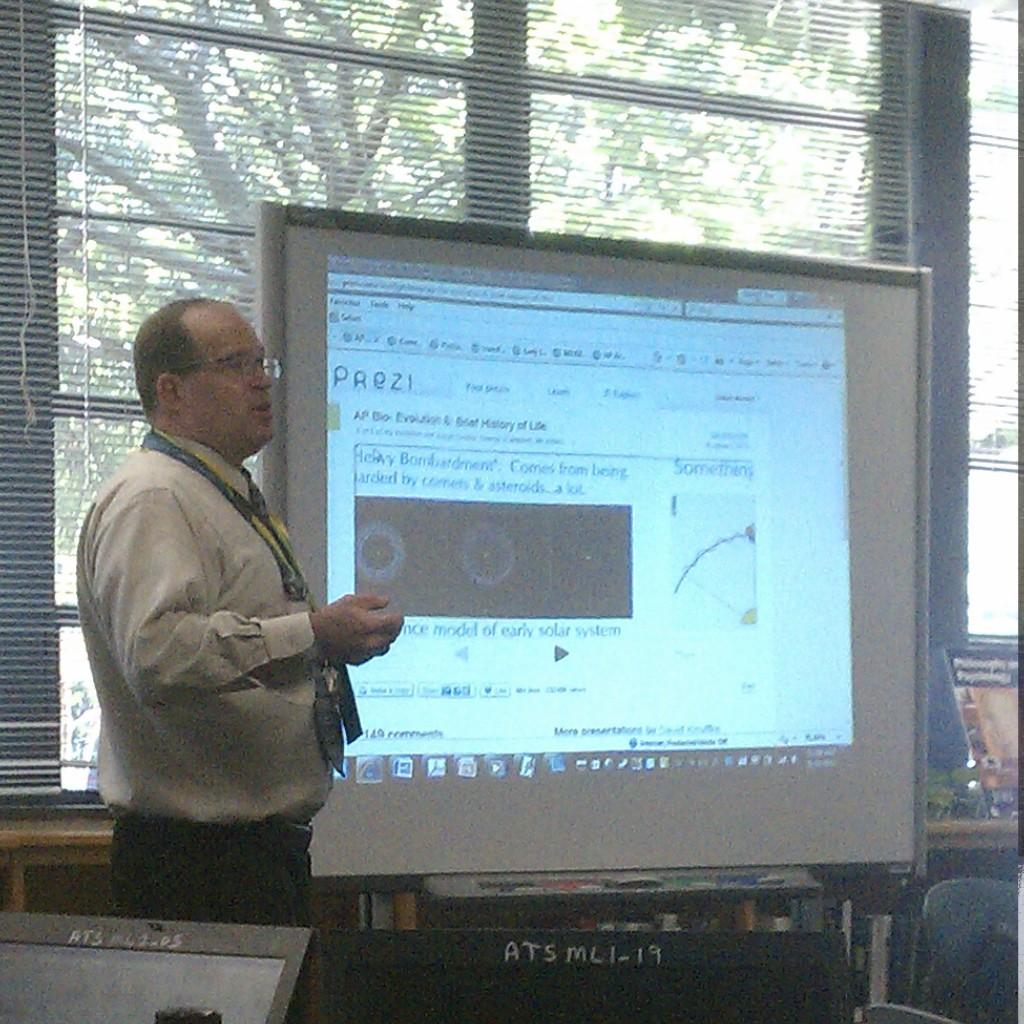 The week after school is officially over for both students and faculty, Jefferson hosts JOSTI, the Jefferson Overseas Schools Technology Institute. Promoting innovative technology, the institute attempts to unite educators from around the globe.

“JOSTI requires most of the work to be done in advance,” Eighth Period Program Specialist Allison Agee said. “This includes ordering materials, scheduling transportation, creating a conference program and keeping in constant communication with the 100 participants so they know what to expect.”

From June 25 to 29, those 100 JOSTI participants watched and took part in both instructional and techie sessions. Many of the instructional strands gave tips to teachers through sessions such as “Flipping the Script: Podcasts and Vlogs,” “Too Much Information,” “Creative Claymation” and “A Catalyst for Science.”

In “A Catalyst for Science,” Stuart Fleischer arrived for his eighth consecutive year at JOSTI to give a talk about the NESA Virtual Science Fair. He created the virtual science fair from scratch at the American International School in Israel after realizing that students were being held apart by distances and current political unrest.

“So many schools had to be evacuated, and it was difficult to create a stable science fair. The Virtual Science Fair gets students involved in the process of science through the fair and technical research,” Fleischer said.

Now, there are schools in countries from all over the world participating, including places like Venezuela, Sumatra, Kuwait, Israel and Pakistan. Fleischer’s session was just one example of the kinds of learning that JOSTI promotes.

In “Creating and Presenting Amazing Prezi Presentations,” Robert Muskett similarly delivered a lecture on the integration of technology into education, and where it is and is not appropriate. Muskett, unlike many of his fellow speakers and presenters, did not have to travel very far for JOSTI. He is a school-based technology specialist from Fairfax County’s own Lee High School. Opening with the casual title, “Prezi: PowerPoint on steroids”, he not only told his listeners the difference between PowerPoint, Prezi and other methods of presentation, but showed firsthand how they could be used.

“We’re PowerPoint-ing kids to death,” Muskett said, pointing out how students start seeing PowerPoints even at such an early age as first grade.

In the session itself, there was a smattering of teachers who use Prezi and who use PowerPoint. However, by the end of the strand, they had all experimented on provided Jefferson laptops with both forms of presentation. Muskett recommended instructors using Prezi to vary up their own presentations. However, he also warned that using all Prezis could be just as harmful as using all PowerPoints.

“The purpose of this is unclogging and reengaging the audience,” Muskett said. “With so many required lessons without variation, the audience just stops listening.”

Over the course of the five-day institute, many returning and first-time attendees swarmed to sessions such as these. Although they represented their schools from overseas, they chose their own strands to go to, and in free time were transported to Washington, D.C. to tour the Newseum, see the monuments, and visit the Smithsonian museums.

“The experience of JOSTI is very unique. It allows people from all over the globe to learn about great tools to use in classrooms to improve their teaching ability and to better serve their student body,” Agee said.