Homage to Miyazaki: My Neighbor Totoro 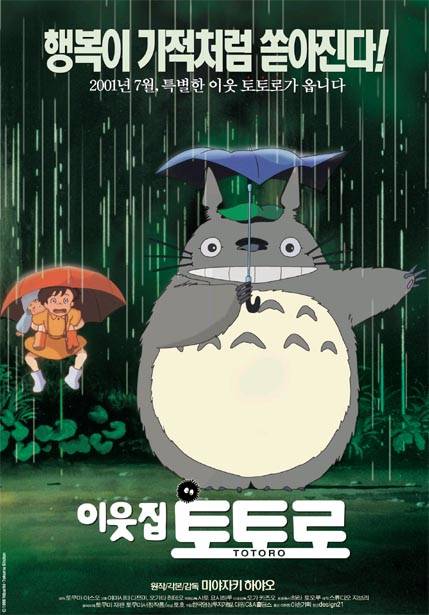 Without hesitation, I can say this is a classic.

Hayao Miyazaki’s 1988 masterpiece, “My Neighbor Totoro,” is one that symbolizes the Oscar-winning director’s legacy in Japanese animation. A simple yet profound story, the film is one of those works that becomes ever more mystical as the year goes.

The storyline of the film is very, if not too, simple–two sisters, Mei and Satsuki, move to a rural village in Japan with his father and encounter various mythical creatures that reside in the forest near their house. One of the creatures, probably the most well-known, is Totoro, a giant raccoon-like animal that Mei serendipitously comes across when she gets lost in the forest.

A mix of fantasy and reality, “My Neighbor Totoro” is a film about childhood with a twist of mystery. As shown through “The Cat Returns” and “Spirited Away,” Miyazaki’s perception of childhood is not a saccharine flashback, but a fragile borderline between security and vulnerability, innocence and secularity.

The “adventure” that Mei and Satsuki take with their fellow creatures is a short, fantastical respite from their continuing anxiety over their mother’s illness. The sisters laugh as they ride a mystical “bus” run by a cat, but, in the end, they arrive at their mother’s hospital and send a smile of relief to each other.

Miyazaki’s films are upbeat and lighthearted, yet they also carry a weight of sadness, danger and pressure. He never sugarcoats the world around him–the universe of fantasies is the characters’ escape from reality, and they must eventually return back to the real world.

That may be the reason why I consider “My Neighbor Totoro” as an honest portrayal of childhood. The film is not a collection of heartfelt memories, but a mosaic of excitement and anxiety and happiness and danger.