Clinton v. Sanders – the race may not be as close cut as it seems 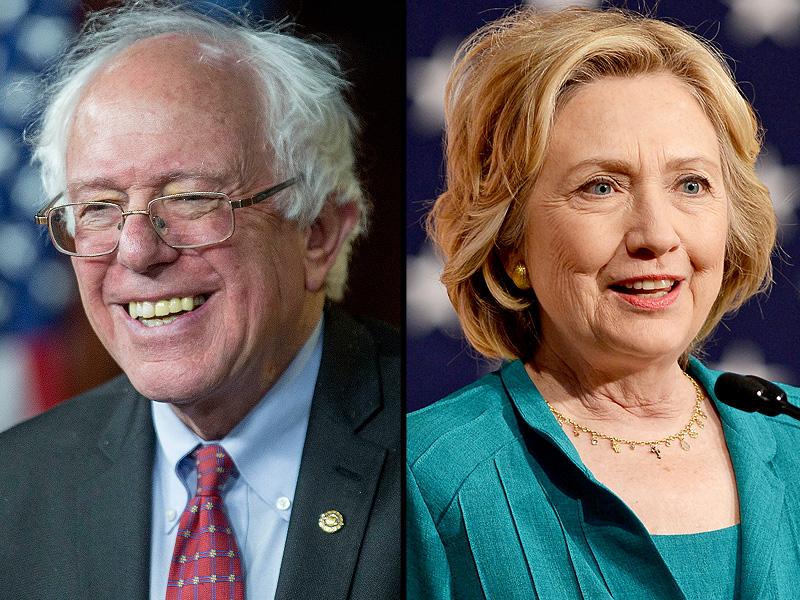 One look at the “Issues” tab of the campaign sites for Senator Bernie Sanders, former Secretary of State Hillary Clinton, and Governor Martin O’Malley will prove to any interested voter that there is much overlap between each candidate’s presidential platform. Though the list is lengthy and detailed (and a click on any topic will lead to an entirely new page explaining the issue), each list includes a promise to reform Wall Street, support LGBT and women’s rights, ensure a living wage for all Americans, reform the health care system, guarantee debt-free college, and countless other improvements to our country through his or her presidency. But I have to wonder: will any candidate even do half of what they have set out to do? On Dec. 19, I attempted to answer my own questions by watching the Democratic Debate.

Amidst the murmur of the party from downstairs, the strong-willed and confident voices of Sanders and Clinton transmitted from the stage in New Hampshire straight through my phone speakers, largely overshadowing O’Malley’s more timid voice. O’Malley’s stiff manner during the debate convinced me that he wasn’t a viable candidate, in addition to his poll numbers; in all of the debates that occurred in the past few weeks, O’Malley has frequently only gained up to 5% of support in each state, while the winning title has shifted between Sanders and Clinton from state to state. The most recent polls from Iowa place Sanders at 51% and Clinton at 43%.

“It is our campaign that is generating excitement, generating interest, bringing young people in,” Sanders said during a recent campaign rally.

So, I chose to focus on the major two candidates running for the Democratic nomination.
When I started to watch the debate, the candidates were discussing an extremely controversial and current issue that the whole world is attempting to find a solution to: ISIS. Though all candidates supported immediate action against ISIS, they differed in the type of action each supported. I think Sanders’ plan to attack ISIS first and Assad in the future was more appealing than Hillary’s resolution to attack ISIS and Assad at the same time. Hillary’s plan would put more on the US’s already large plate, and would specifically put more demands on the military than Sanders’ plan, which addresses the more pressing issue first and arguably more efficiently. Furthermore, while all three candidates continued to debate issues like debt-free college and measures to restrain Wall Street tycoons, Sanders’ confident manner and passionate expression convinced me he was more invested in the future of the country than any of the other candidates.

In general, throughout the presidential campaign, Sanders has been a much more attractive candidate than Clinton to me.

“I don’t want to over-promise, I don’t want to come out with theories and concepts that may not be possible,” Clinton said during a campaign rally of her own, trying to weaken Sanders’ campaign. “There is a complicated job waiting for the next president, that we have to make sure we get right.”

“No, I am not over-promising,” Sanders said in response during a later interview. “Virtually every proposal that we have brought forth has the support of the vast majority of the American people.”

Though Clinton is a strong candidate, I don’t feel like she is the president that this nation sorely needs. This nation needs a president that will persistently advocate for the people’s rights without wavering from his or her original goals and promises, and for me, that’s Bernie Sanders.

“I don’t think any politician can deliver on everything they say.” a woman interviewed by CNN said. “But I think he (Sanders) comes pretty darn close.”