A Love Letter to “New Girl” 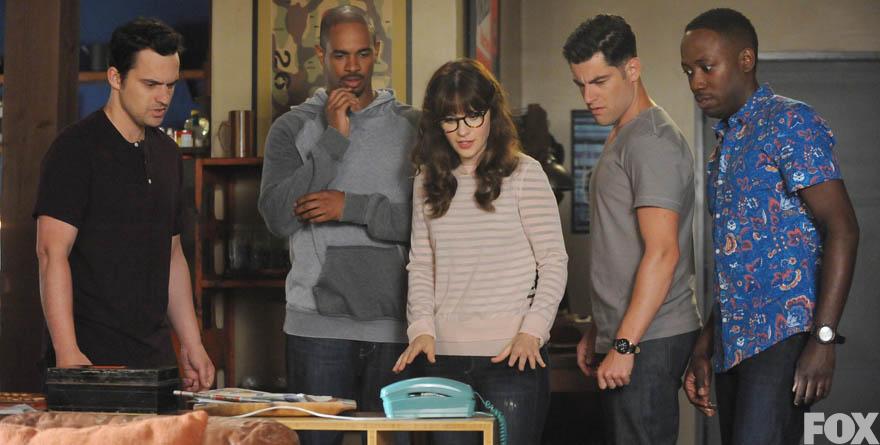 For those of you looking to counteract blizzard-induced cabin fever, look no further than your own Netflix subscription. The newest season of “New Girl” was recently added to Netflix on Jan. 5, over a year after it aired on Fox.

The critically-acclaimed “ensemble show” stars Zooey Deschanel as quirky kindergarten vice principal Jess. The show is a favorite among younger crowds, especially among high schoolers, both male and female. I was drawn to the show after only a few episodes because of its uniqueness in featuring characters seldom shown in Hollywood—the weird but lovable female main character and her beautiful Indian best friend, an unsuccessful Jewish businessman, Schmidt, and two black men, Coach and Winston, one a police officer and one a gym teacher, whose characters do not revolve around their race. The cast is not made up of movie-star faces and toned bodies, but of people whom I can imagine encountering on the street or in a coffee shop. The show could be understood as a more diverse, more realistic, yet more endearingly dysfunctional version of “Friends.”

“New Girl” focuses on the antics of Jess, her best friend, and her four male roommates in LA as they learn about love, casual relationships, and friendship while they struggle through being broke enough to live with four other people. Even people who aren’t prone to binge-watching TV shows—like myself—will have trouble resisting the comedy-drama.

Following the themes set up by previous seasons of “New Girl,” the fourth season did not disappoint. The thirty-minute episodes are a perfect break for those who do not have time to be caught in a suspenseful drama, though the season maintained a continuous plot with plenty of novelties. I found the newest season to be the funniest yet thanks to more personal jokes from each character, as well as the one with the most romantic storyline: Jess develops a crush on a cute new colleague, Schmidt and Nick both find new girlfriends, and even stoic Coach starts a relationship.

I especially enjoyed the fourth season’s plot especially because of its frankness—there were equal parts personal failures and personal triumphs—and the way that the storyline emphasized the importance of staying true to oneself, such as when Schmidt tries to teach Jess how to use a dating app, but eventually made Jess realize that she does not want to date just for the fun of a casual relationship. Each of the characters’ personalities grew deeper, more developed, and even more relatable. In addition, there were interesting pop culture references, from a hint at the Black Lives Matter movement through an anti-police rally to a parody of Tinder. Shark Tank’s Lori Greiner even made a cameo.

I am not a huge fan of most TV dramas because, as the seasons continue and the central characters exhaust each other as dating options, screenwriters turn to natural disasters, freak accidents, and other improbable events for episode material. The inherent charm of “New Girl” comes from its quotidian plotline and relatable characters. The sitcom is side-splittingly funny in a uniquely patient way, relying not on big punch lines like many male-oriented comedy movies, such as the Hangover, but instead on hilariously awkward, yet realistic situations and friendly gags. “New Girl” is a show that I expect to continue earning high ratings for years to come.