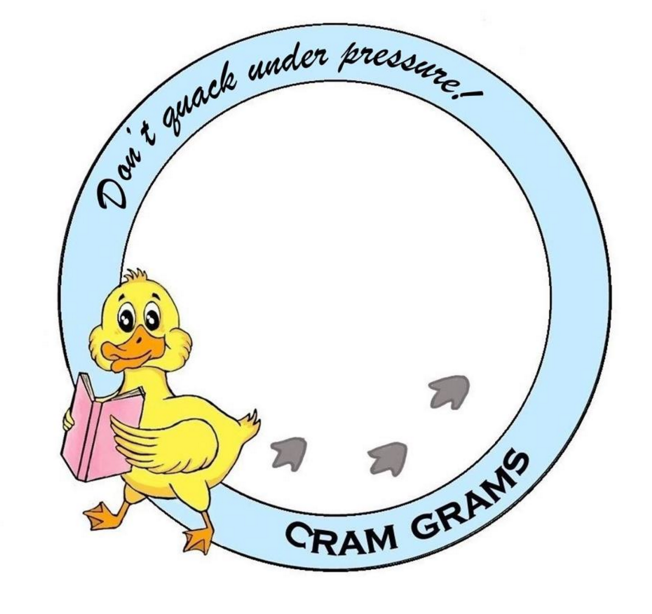 Cram Grams are being sold to alleviate stress on students during midterm week. The other design for the Cram Grams has a bunny and says "some-bunny is rooting for you!"

To help relieve stress during midterm week, Jefferson’s Class of 2018 set up a “Cram Gram Sale,” held from Jan. 15 to Jan. 22, as a fundraiser. They sold pieces of candy with motivational messages at 2 for $1.

Sophomore Ashley Lin, Class of 2018 Co-Senator, and her fellow officers are in charge of selling the Cram Grams. She and other officers began selling the cram grams at the Sock Hop on Jan. 15th.

Some students liked the idea of Cram Grams and were interested in buying them, as they believed that the candy would help brighten up their friends’ days during the stressful week.

“I think I am going to buy some [cram grams] for a couple friends,” junior Audrey Park said. “I want to make their day a little better if that’s possible during midterms week.”

Other students, like sophomore Clara Kim, didn’t plan on buying Cram Grams, and had alternative ways of cheering up their friends.

“I don’t think that I will be buying cram grams for my friends,” Kim said. “If I wanted to give candy to people, I would just give it to them. I don’t see the need to be anonymous while trying to be nice or motivational.”

Some students, however, such as sophomore Peter Hwang, did plan on buying Cram Grams, but also had other ways of encouraging friends during midterm week.

“I think small acts of kindness go a long way. It only takes a ‘You’re doing a great job!’ or ‘You can you do it!’ to make their day better,” Hwang said. “Otherwise, I’m always willing to answer questions and studying with anyone so we can all succeed together.”

Lin reported that although the Cram Gram sales were doing better than expected, the unexpected snow days caused the Class of 2018’s plans for packaging and selling to be altered.

“We were going to go shopping after school Thursday for the food, and finish packaging on Thursday to distribute during eighth period on Friday,” Lin said. “However, since school is now canceled on Friday as well, we’ll be accepting online orders until next week, and we’ll do what we planned to do on Monday or Tuesday and deliver the next permitting eighth period.”

The Class Council of 2018 did not let the snow stop them though. They advertised the sale on Facebook and put up a form where students could continue to buy the grams. Though the dream of canceling midterms hasn’t been put to reality, the Cram Gram sale is sure to keep up the spirit and motivation of the TJ community in the coming week.