TJ Theater Prepares for First Performances of The Little Mermaid 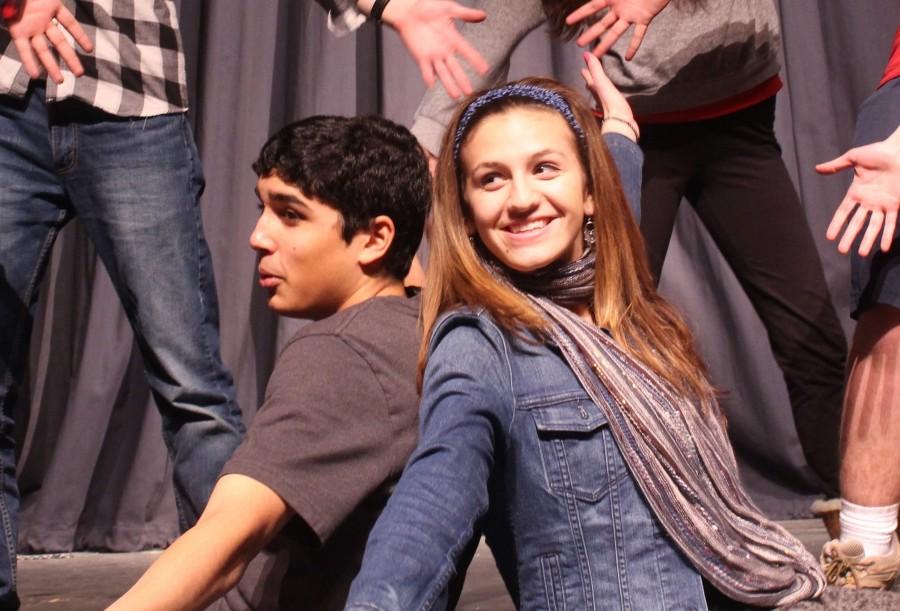 As the TJ Theater group moves rehearsals from the black box theater to the auditorium, the cast and crew kick into high gear to be able to pull out a great musical in time for the first showings. Over the next week and a half leading up to the premiere, they will have rehearsals every day after school as well as during eighth periods.

Junior Arjun Guidroz will be playing the role of Prince Eric alongside senior Sophia Martinese as Ariel in the classic movie turned musical, The Little Mermaid. Along with the songs and story they know and love, the audience can look forward to new aspects in this interpretation.

“My character [Flounder] is actually in love in Ariel, so I just lose all my coherency when I’m around her,” senior Debi Das said, “Flounder in the movie is happy to be a best friend. I’m like a best friend who wants to be more than a best friend, but is happy to support Ariel always and be near her.”

In addition, this rendition will have darker touches focusing on Ursula.

“Ursula is a lot scarier; she murders her entire family,” sophomore Masha Goykhberg said, ”And when Ariel is trying to get Prince Eric, there’s an emphasis on Ursula.”

But, the transition to the auditorium will be followed with many preparations before the play can go on the stage with its twists.

“We’ve been practicing up in black box which is a bit smaller than the stage,” junior Arjun Guidroz said, “I have a dance number where I’m dancing with Ariel in a waltz, and we’re going to have to basically get a feel for it again, and also get into the mentality that I’m not just performing to a wall but people.”

Apart from rehearsing scenes and choreography, the crew also has to complete the set despite troubles with manpower.

“All of us have to be involved in the set because we’re such a small theater group. We’re all going to be building; we’re all going to be working; we’re helping each other with our lines; and we’re helping each other with dance and music,” Das said, “Everyone is doing more than one job like [some] actors are also set builders and [some] set builders are also light technicians.”

Furthermore, senior Alessandra Scholle who is charge of lighting still has to work on perfecting the setup.

“I’m trying to put up fixtures and focus them so that all the areas of the stage that need to be covered are covered, and then programming submasters so that I can use one slider to control all the lights that are pointed at a particular area,” Scholle said, “After that I’m going to start working on colors because the way people perceive a scene can be really shaped by colors.”

The first show of The Little Mermaid is on Jan. 22 at 7 P.M. with three additional shows on the 23rd, 29th, and 30th.
“Aside from supporting TJ Theater, it’s a really good show,” Guidroz said, “We’ve got so many talented people. It’s a good way to support us, it’s not terribly expensive, and it’s not something that we get to do much. We do one musical a year so we’re putting a lot of energy and hard work into it, so we’d love if you came to support us and just take in and appreciate all that we’ve done.”