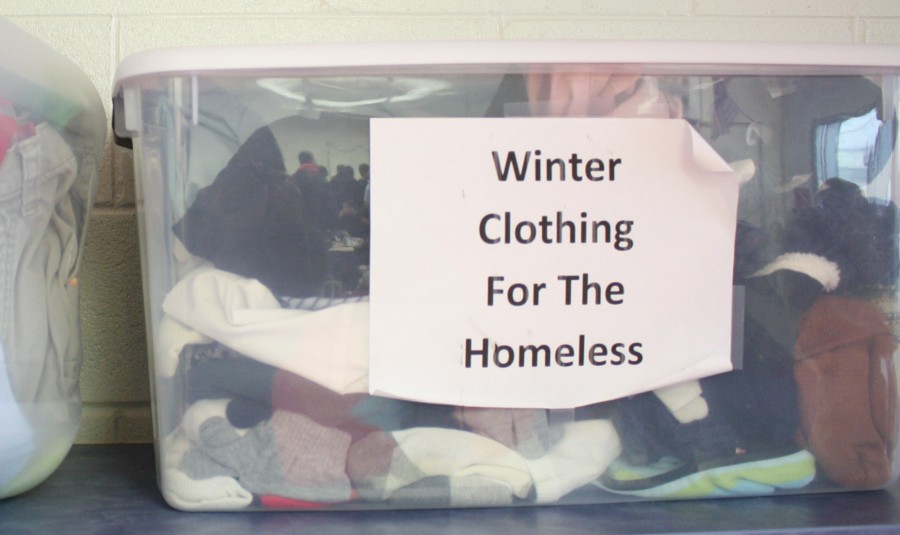 Under the direction of Melissa Stile, a new health and P.E. teacher, teams of sophomores completed a service projects to fulfill their service learning requirement for health. To benefit as many people as possible, each group gave back to the community in a different way.  Ideas ranged from organizing candy grams, to holding a soccer tournament, to performing a choir concert for senior citizens. Until this year, students only planned projects in theory to complete the requirement.

“I’m hoping that [it] will open [the students’] eyes to different ways they can help,” Ms. Stile said. “Sometimes we feel like if we don’t have a certain amount of money or manpower, [we can’t] do anything. They might think that something is small or unimportant, for example writing letters to seniors in nursing homes, but it can actually have the most meaning.”

One example of a sophomore project is the clothing drive Soham Ray and his team organized.  Because one team member is on the board for the Red Cross club, they collected winter items such as hats and socks for the Red Cross.

“It was starting to get cold when we were coming up with our idea, and we knew that there was a lot of people in need who didn’t have enough coats to stay warm in the winter,” Ray said.

Moreover, instead of asking for donations, certain students opted to coordinate activities that relied on the participation of other Jefferson students. For instance, sophomore Alice Zhao, who collected student-written letters for seniors, held an eighth period in early December.

For these service projects, most students found it best to advertise their projects on Facebook. Sophomore Elizabeth Sherrock, for example, used the social media website to help in her collection of pet supplies for the Fairfax County Humane Society.

“[We used facebook to advertise] because we realized printing out a lot of flyers would waste a lot of printer ink,” sophomore Elizabeth Sherrock said. “[The project] helps the community, and that’s a great thing to do.”

However, there were sophomores who questioned the point of the assignment and others who had difficulty running a successful drive.

“We’re collecting some art supplies to donate to the Leesburg homeless shelter, but we haven’t gotten any donations yet,” sophomore Dorian Bloy said.

Vivian Gruendel, another sophomore, had a similar experience while collecting laptops, monitors, and other technology.

“[Our donations] have been going pretty well, but we could use few more laptops,” Gruendel said, “It’s definitely a bit disappointing to not reach a standard that you set for yourself. Having been given this project in this time frame is hard just because people forget about drives [over break], and it’s not long enough where all the drives are stretched out, and it makes it harder for people to get the donations that they need to do well on this project.”

Although the project was met with some displeasure and not every student was able to reach their goals, Ms. Stile hopes the students learned that sometimes, the smallest acts of kindness can have the biggest impacts.
“I wanted them to have the experience of picking something that would be fulfilling or meaningful and then [letting them] watch it grow,” Ms. Stile said.