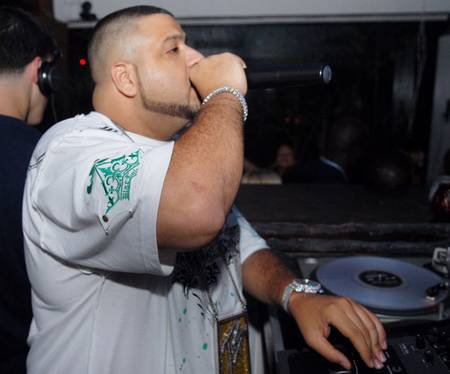 Let’s face it, 2015 was a pretty big year. We as a nation legalized gay marriage and reawakened a movement for the rights of African Americans with #BlackLivesMatter. Yet, there definitely were some times in the past 12 months where we made ourselves look like fools– perhaps too many times to count. So, without further ado, tjTODAY presents to you the top 15, most overexposed, trends of this year:

15. Hoverboards
If you want to pretend like you live in 2050 and drop around 200 dollars, the hoverboard is definitely for you. This year, it seemed as if everyone got their own for Christmas. Unfortunately, their batteries are prone to spontaneous ignition and therefore are not allowed on airplanes. Sorry seniors, you may not be able to take this one to college with you next year.

13. What Are Thooooose?
This meme began after a user on vine posted a video of himself confronting a police officer about his choice of footwear. In an instant, the use of the phrase “What are thooooose” to describe any sort of outrageous footwear spread like wildfire.

The vine that started it all:

Let’s not forget how Zayn left One Direction this year:

when everyone screamed “WHAT ARE THOSE” whenever they zoomed in on harrys boots #Remember1D2015 pic.twitter.com/QN1uaUymJS

12. The Dab
I believe that this dance craze will be the next “Hit the Quan” or “Whip and Nae Nae.” Although relatively recent, the Dab has proven to be a way in which hip hop dancers can 1) pretend to sneeze and 2) potentially show off an expensive watch.

Has King Imprint done it again?

Learn how to Dab for yourself:

11. Jan. 6, 2015
Although this wasn’t truly a day that trended nationwide, it surely trended nationally over twitter under the hashtag #closeFCPS. Marked as one of the most egregious of errors from the county, this day will go down in history as the day that high schoolers across Fairfax County griped about having to go to school while a few inches of snow lay on the ground while high school students from the Northeast laughed at them for complaining so much.

#Throwback to when we even got our very own Buzzfeed article.

10. Miley & Nicki
The full on “feud” between Miley Cyrus and Nicki Minaj essentially began with an iconic, ever-remembered line from Minaj at MTV’s Video Music Awards (VMAs) this year. After winning the VMA for her performance in “Anaconda,” she blasted Cyrus because of her critical remarks earlier that its nomination was not well deserved.

Mind you, this feud also occurred just weeks after Taylor Swift and Nicki Minaj went head to head over twitter about the “types” of female artists who should be most deserving of awards like these.

9. Whip & Nae Nae
What started as a music video on Youtube from user Silento, went so viral that by the end of 2015, even grandmas across the country were doing the whip and the nae nae.

I credit this dance move’s success to both its simplicity and the fact that Silento’s song is a total earworm. As much as I hate to admit, there were times when I’d find myself repressing the sudden urge to “hit the whip” both in and out of school.

8. Left Shark
Katy Perry’s performance at the 2015 Superbowl was definitely something to be remembered– but not for her stage presence at all. It was perhaps the hidden star in the background that put the performance in the annals of history.

Watch the leftmost shark through Perry’s performance of “Teenage Dream:”

7. The Dress
Ah yes, this is—embarrassingly—the one image that rocked the country for nearly a week this year back in February. Is it black and blue? Is it white and gold? I remember seeing actual fights between groups of people who believed firmly in one color set over the other.

Back in February, I was able to see both color sets if I tried hard enough. That may or may not have just have been because I was a sleep deprived high school junior, though. Now, I can only get myself to see #whiteandgold.

Make the decision for yourself:

6. Donald Trump
The trend of jokingly supporting this Republican candidate for the 2016 presidential election has got to go. A racist and a demagogue, Trump has done nothing but alienate more and more minority groups with every rally he’s spoken at. Yet, we continue to show our support. Why?

5. DJ Khaled and the Key to Success
This year, we’ve all chosen to believe that rap star DJ Khaled knows something that we don’t about finding success. So to share his wealth of knowledge with us, he’s created some meme-worthy snapstories which captivated a nation.

For best explanation, I think it’s wise you see this one for yourself.

“Some people can’t handle success,” Khaled said. “I can.”

4. Kylie Jenner Lip Challenge
This trend probably ought to be one of the most hazardous to teen health nationwide. When reality show star Kylie Jenner announced this year that her full lips were all natural, teens across the country decided that they, too, could achieve this look— except for less.

“The Kylie Jenner Challenge” is essentially the act of sucking into a shot class to create an air vacuum that plumps the lips and creates an effect that mirrors Jenner’s. Yet the challenge unfortunately had some dangerous consequences, including both unnaturally plumped lips and the risk of shattering the glass over one’s face.

Now that 2015 is gonna be over I’m ashamed to admit I did try the Kylie Jenner challenge and it obviously worked out pic.twitter.com/879sXOFaMF

Monsters Inc was doing the Kylie Jenner lip challenge before it was cool #MonstersInc pic.twitter.com/SltZnfbqNP

3. Netflix and Chill
Congrats, America. We’ve officially taken the romance and fun out of casual dates with movies on a rainy day. Suddenly now, if asked to come over to a potential love interest’s house to “Netflix n Chill??,” we must be at least a little concerned we’re going to get completely felt up while over there. The bottom line is this– automatically translate “Netflix and Chill” into “10 minutes into the movie we’re going to be making out” and the date should meet your expectations.

No time for Netflix now that school’s started… so who’s tryna homework and chill?

when he says netflix and chill but you walk in and he ain’t even got a TV pic.twitter.com/EnZvUI4z6D

2. Hit the Quan
Somehow, this trend made it big. Frankly, I’m still scratching my head as to why. It seemed as if suddenly the entire nation was completely fascinated with the idea of wildly swinging their arms without a care in the world. The real question here is: What even is the Quan?

The trend took off shortly after the Whip & Nae Nae, when Youtuber King Imprint uploaded a video he called #HittheQuanChallenge. The video, likely filmed with on a cell phone or non-professional grade video camera, has since garnered 58 million views on Youtube and added as an official Vevo video. Trends in this country are a powerful thing.

And, coming in at #1 for 2015:
1. Drake Memes
Rap star Drake’s popularity soared this year, not only because of the release of his successful hit “Hotline Bling” in July, but the slew of memes that followed his unique (really for lack of better wording) dance through the entire song in its music video. In these memes, Drake can not only be seen playing his own game of Wii tennis, but also dancing to tunes off of the now officially decade-old “High School Musical.”