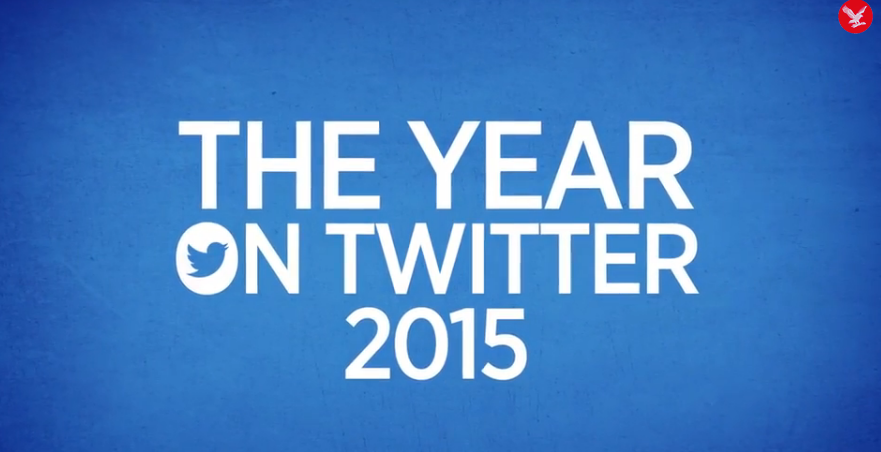 As 2015 comes to an end, tjTODAY’s staff reflects over the year through Twitter hashtags. In the technologically advanced world we’re in now, hashtags are used to spark conversation, create discussion, and show support. Here are the top 15 hashtags of 2015.

#CloseFCPS
After winter break 2014, students dragged themselves back into school, dreading the workload and praying for snow–which is exactly what they received. Just a couple days into the 2015 school year, there was a snow and ice storm that required more than just salt on Twitter to recover from. After Fairfax County Public School’s decision to continue school as planned on Jan. 6, FCPS students began angrily tweeting with #closeFCPS, causing the hashtag to trend worldwide.

#JeSuisCharlie
On Jan. 7, twelve people were killed at the office of French satirical newspaper Charlie Hebdo. #JeSuisCharlie quickly began trending on Twitter, translating into “I am Charlie” in support of freedom of speech and freedom of press. Within a couple of days of the attack, the hashtag had become one of the most popular hashtags in Twitter history. It was transformed into a slogan now seen on t-shirts, websites, etc. to show support for the freedoms that was compromised in the Charlie Hebdo shooting.

I am heartbroken by the loss of life and attack on freedom of expression. #JeSuisCharlie

#TheDress
On Feb. 26, Twitter blew up with questions about what color #TheDress was. The popular hashtag was referring to a photo of a laced cocktail dress that had everyone questioning whether it was white and gold or blue and black. Within 24 hours, #TheDress went viral and quickly began trending worldwide. A scientific study found that 57% saw blue and black, 30% saw white and gold, 10% saw blue and brown, and about 10% could switch between the two main combinations.

I don't understand this odd dress debate and I feel like it's a trick somehow. I'm confused and scared. PS it's OBVIOUSLY BLUE AND BLACK

#CallMeCaitlyn
Since the dawn of the Kardashians, it seems they have never left the media. From magazines to social media, the Kardashians have always been a hot topic, and Bruce Jenner’s gender change was no exception. #CallMeCaitlyn began trending on June 1 when Bruce Jenner announced her new female self, calling herself Caitlyn Jenner. Since then, Caitlyn Jenner has grown to be a spokeswoman for transgender people everywhere.

I'm so happy after such a long struggle to be living my true self. Welcome to the world Caitlyn. Can't wait for you to get to know her/me.

Today is a big step in our march toward equality. Gay and lesbian couples now have the right to marry, just like anyone else. #LoveWins

#FIFAWWC
Throughout June and July during the FIFA Women World Cup, #FIFAWWC began trending. The hashtag was used in support of favorite teams, players, and games. The hashtag reached its speak when Canadian soccer player Josee Belanger scored a legendary goal in a game against Switzerland.

#PlutoFlyBy
On July 14, #PlutoFlyBy began trending when a NASA spacecraft, New Horizons, hurtled towards an unexplored area of space, nicknamed the “Wild West” of space. The spacecraft made its closest approach to Pluto, making history and managing to capture a beautiful shot of Pluto with what looks like a heart on its surface.

Humans are so excited and proud of #PlutoFlyby Cute… pic.twitter.com/wZYPWpBxHm

#IStandWithAhmed
When Ahmed went to school on Sept. 16 with a NASA shirt and homemade clock, he was arrested for having a “suspicious looking item.” Twitter quickly announced their rage of alleged racism, supporting Ahmed’s scientific mind with the hashtag #IStandWithAhmed. President Obama also responded quickly after with a statement asking Ahmed to join him at the White House.

Cool clock, Ahmed. Want to bring it to the White House? We should inspire more kids like you to like science. It's what makes America great.

#PrayForParis
On the night of Nov. 13, #PrayForParis emerged after the a terrorist attack killed over 100 people in France, including one American student studying at French design school. This event and hashtag topped as one of Twitter’s highest tweeted hashtags of all time, all coming together in solidarity in sorrow and support.

#TJHSSTBySnoop
Although #TJHSSTBySnoop did not trend worldwide, it did get Jefferson free uniforms for the Jefferson football team. Jefferson came together as a community to get to the top, honoring the hard work that our football players go through every season and awarding their efforts.

#BlackLivesMatter
A hashtag that began trending in 2014, #BlackLivesMatter continued to trend throughout the year on Twitter, arising in protest of events like police shootings and black racism.

Two years on, #BlackLivesMatter continues to be one of the biggest campaigns in 2015. https://t.co/zFPuRwDEQ5

#DonaldTrump
Since Donald Trump’s emergence in the 2016 Presidential Elections, his presence on social media has skyrocketed. #DonaldTrump has been a popular hashtag since the beginning, but emerges specifically during GOP debates and interviews that spark conversation.

#Election2015
Along with Donald Trump, elections have also been a hot topic in 2015. With the presidential elections right around the corner, people took it to social media to share their views and opinions.

So much sadness in #ColoradoSprings tonight. #IStandWithPlannedParenthood @PPact

Everyone has the right to seek asylum & we ALL have an obligation to help. #RefugeesWelcome https://t.co/87iJ18EL3g pic.twitter.com/w6LTPlua9V