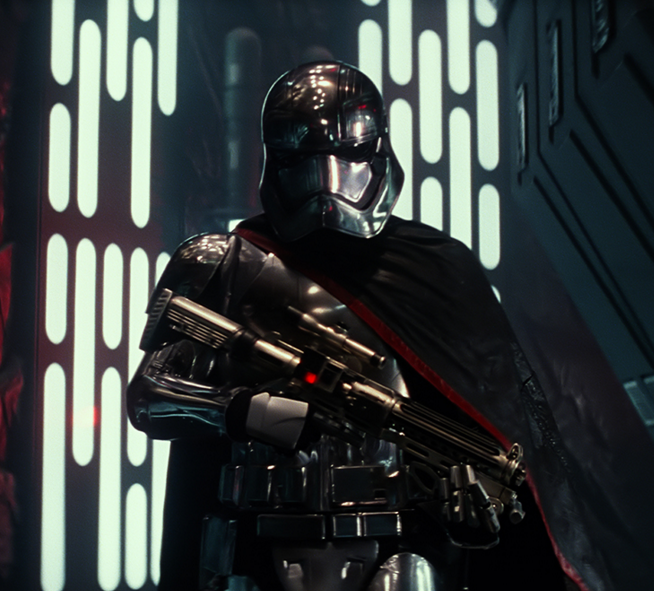 It’s here, it’s finally here. After 10 years, the wait for Episode VII of the Star Wars saga, “Star Wars: The Force Awakens” is finally over, and it’s out of this world.

Rey is one of the stars of the movie. Although Ridley is relatively new to the movie industry, she did an amazing job playing the part. She is not a well known in Hollywood as an actress thus far, making it fun to discover her personality and role in the Star Wars story, to assist the Resistance in finding Luke Skywalker who has been missing for quite some time. Her lead role as a powerful female figure in this movie definitely made her very inspiring to all women. She is definitely one of many favorite actresses now. Casting director, Nina Gold, made a great call here.

One concern some Star Wars fan had about the new movie was related to the new owners of the Star Wars franchise, Disney. Though these people were worried the new movie would be “disney-fied” and very different than the original movies, I think the new movie did a great job of continuing the saga. This showed again that Disney is capable of pleasing many audiences, just as they did before in the Pirates of the Caribbean series.

Some fans were also unsure about how special effects would be used. Many say Episodes I, II, and III weren’t as good as Episodes IV, V, VI. In Episodes I-III it seemed that producers got a little too excited with their special effect ability, resulting in too much use of technology and less of the real props that fans loved in the first three movies, and also included a much mocked character, Jar Jar Binks. However in Star Wars VII, the use of technology was just enough to be realistic while still bringing the classic look of the original three movies and almost all of the characters are easy to love.

Even if you’re not an extreme Star Wars fan, the movie is still enjoyable. Although I’ve watched all the past movies, I’d forgotten a lot of the plot in previous Episodes. I was afraid it would be hard for me to follow the movie because I hadn’t watched the other movies in so long, but it wasn’t. So whether you’re the #1 Star Wars fan or have never watched a Star Wars movie in your life, if you like action packed, exciting, and thrilling entertainment, then the new Star Wars movie is everything you’ve been looking for.