Why Psy’s “Daddy” Has More Viral Potential than “Gangnam Style” 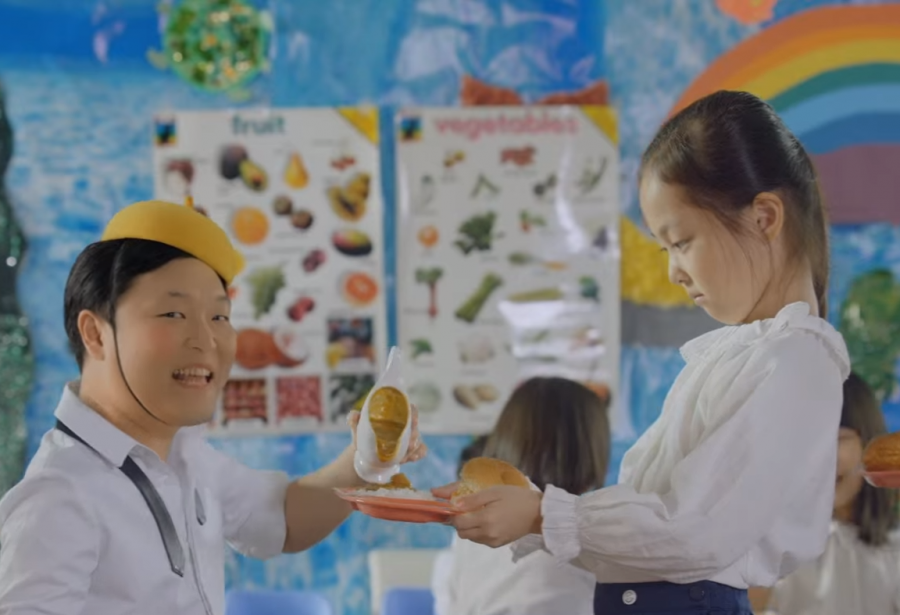 South Korean artist Psy portrays a boy pouring curry onto rice for an adoring girl in his music video for "Daddy."

After its release in 2012, Psy’s music video for “Gangnam Style” went viral, earned the title of most watched video on YouTube with over 2.5 billion views, and gave Psy unrivaled recognition in American pop culture that was unheard of for foreign artists. However, Psy’s next two releases, “Gentleman” and “Hangover,” were mediocre at best; the only thing standing out in my mind just days later was the odd Snoop Dogg featuring, making “Gangnam Style” the best song he has ever put out.

That is, until now. His seventh album’s lead single, “Daddy” has all the ingredients for a viral hit – a catchy song, memorable lyrics, and just the right amount of strangeness to keep someone interested.

My first listen of “Gangnam Style” bored me out of my mind. I couldn’t even get through the whole music video. This is partly because the synth backing makes the verses sound like something I would hear in a decade that ended way before I was born. The beat in the verses for “Daddy” is extremely similar to “Gangnam Style” however, it is more like a hyperactive EDM beat written in the early 2000s which in the context of a comedic video just adds to the  entertainment value.

The lyrics are also gold. Compared the bland “Hey, sexy lady” and “Oppan Gangnam style” which most people actually didn’t even know the meaning of, “Daddy” has lines such as “I’ll be your honey. Never expire,” “My papa was a superman,” and, the best one of all, “You be my curry, I’ll be your rice.”

Even in the most important aspect, the music video, I would argue “Daddy” is superior to “Gangnam Style.” In the video, Psy’s face is superimposed onto a child’s body to play the son, dad, and grandfather of a family doing eccentric, Psy-like things. And while “Gangnam Style” only has one dance point, the horse dance, “Daddy” has many – my favorite being the aggressive hip thrusts.

Sadly, I don’t think “Daddy” will ever have the same effect on Psy’s career nor pop culture like “Gangnam Style” did. The novelty of an asian man doing a strange dance has worn off, and Psy’s follow up singles didn’t meet expectations, causing his releases to get less and less attention. But that doesn’t mean I won’t seize every chance to convince people of its greatness.