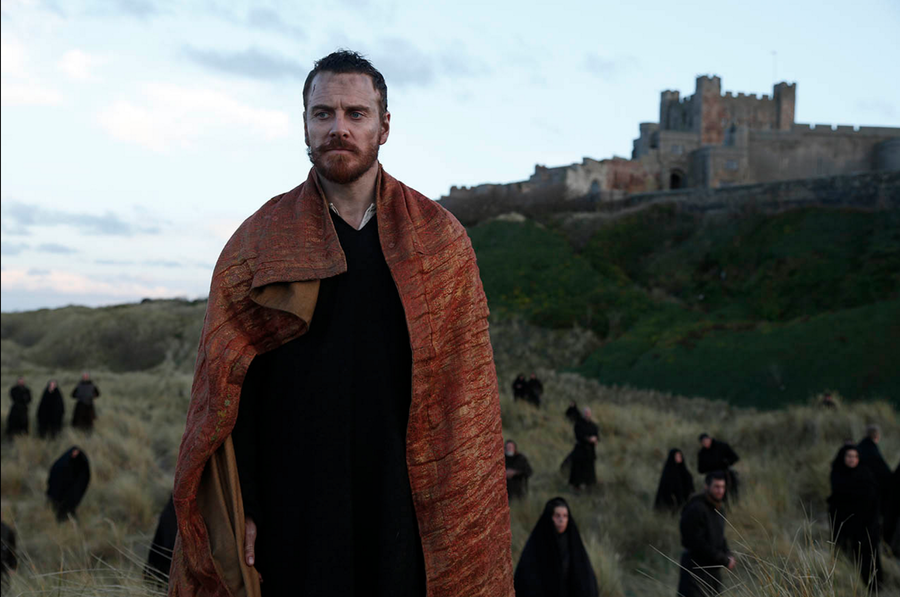 Macbeth (Michael Fassbender) pauses before killing Macduff’s family in attempt to control his fate. “Macbeth”, directed by Justin Kurzel, was released on Dec. 4 by the Weinstein Company.

A tragic grapple with fate is illustrated once again in the new adaption of Shakespeare’s “Macbeth”. The movie was released on Dec. 4, though it did not reach many theaters until a week later.

Shakespeare’s original play hasn’t been made into a movie since 1971, so it is reasonable that fans of the play were in anticipation for this adaptation. In addition, it received much praise among viewers and critics at Cannes Film Festival.

The tragedy begins as Macbeth (Michael Fassbender) encounters witches after a battle and is told a prophecy that he will become the king of Scotland. Too impatient to wait for his fate to follow through, and with the added ambition given to him by his wife Lady Macbeth (Marion Cotillard), he murders Duncan (David Thewlis), the current king of Scotland. After receiving the throne, he has others killed in an attempt to prevent fated events, but despite these efforts his life slips further and further downhill.

The most appealing aspect of the movie was the art direction. The battle at the beginning was vibrant, with blues and grays on the battlefield contrasting with the warmer colors of the interior of Duncan’s tent nearby. In this scene, multiple shots cut to soldiers getting killed in slow motion, making small details noticeable. The makeup, notably Lady Macbeth’s blue streak of eyeshadow and the three dark stripes on the soldiers’ faces during the aforementioned battle, was also effective at being subtle yet theatrical.

The cinematography, lead by Adam Arkapaw, cleverly used lighting angles. This helped express the bleak, overcast setting of the filming location and heighten the sense of foreboding in many scenes. The entrance of the witches who tell Macbeth his fate could give one chills, as the shot slowly zoomed in on their figures silhouetted against the mist.

However, the movie also fell short in places. Though the colors held aesthetic appeal for the majority of the movie, it was extremely overpowering at the final scene, where Macbeth is killed by Macduff (Sean Harris). At this point, the only colors in the shot are various shades of red. Though it’s possibly symbolism for spilled blood, one could focus more on the seemingly nauseating colors rather than the climatic fight.

For those who do not fully appreciate Shakespeare, the longer monologues can be difficult to focus on all the way through. Also, because of their Scottish accents, individuals that are not already familiar with the script may not understand everything the characters were saying. Some commentators say that too many of the lines sound like whispering, and this was more apparent during the monologues.

In “Macbeth”, the actors’ drama is not as equally entertaining as the visual elements of the film. However, while the amount of violence and gore makes it inappropriate for school viewing, this adaption will please Shakespeare fans and movie-goers who enjoy artistic depictions.