Wrapping up the Fall Season 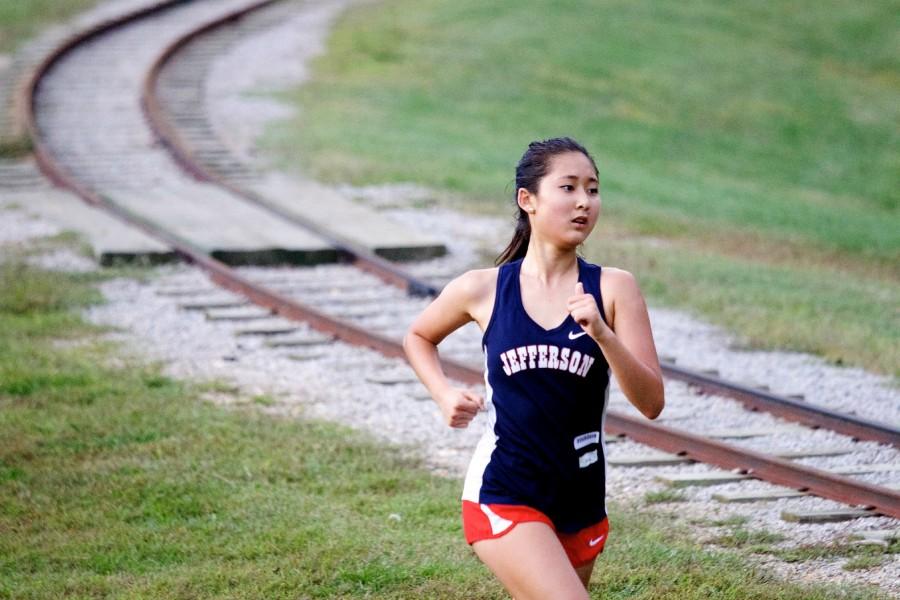 photo courtesy of Will Ryu

Cross country runner Sarah Kim runs in a race for the last time in her Jefferson career.

As the fall banquet came to an end, the dedicated Jefferson athletes left the school with bright smiles, showing pride in their season and anticipation for future seasons.

With the conclusion of the fall sports season on Nov. 18, the team members used the fall banquet to recap.

“I think we had a great season. It was definitely a lot of bonding experience especially before school started because it started in the summer,” freshman and volleyball player Pari Parajuli said.

The sports teams found shortcomings in their successes through injuries such as concussions, sprains, whiplashes, among others.

“We did well but a lot of our varsity runners got injured so we couldn’t perform as well as we hoped,” freshmen and cross country runner Yash Shekar said.

In order to make the next season more successful, the members of each sports team have personal goals to work on during the rest of the year.

“I have been really close to breaking six in the mile. And in this track season, I would like to actually break six,” sophomore and cross country runner Mara Casebeer said.

As the anticipation grows, the players look forward to their next season with high hopes.

“My biggest hope would be to make it out of the conference and go to regionals because I am going to be a senior. I want my last year to be special”, junior and volleyball player Kiersten Paul said.

After getting a feel for the Jefferson sports community during fall, many players have decided to join the winter fall sports.

“I chose to do my fall and winter sports to keep me in shape. They help me so much with time management as well. The team is a family. I love them a lot,” junior and cheerleader Elizabeth Hu said.

However, this season marks the end of the fall sports career for the seniors.

“It’s a bittersweet ending. I’m a little sad because my high school running experience has ended and each season has been a long journey, but I now have a passion for running and amazing friends because of it,” senior and cross country runner Sarah Kim said.

The fall banquet might have drew an end to the fall season of sports but the Jefferson community continues to hold strong with their pride in Jefferson sports.

“The fall banquet is a nice opportunity for teams to get back together one last time and close out the season,” senior and football player Milan Bharadwaj said.