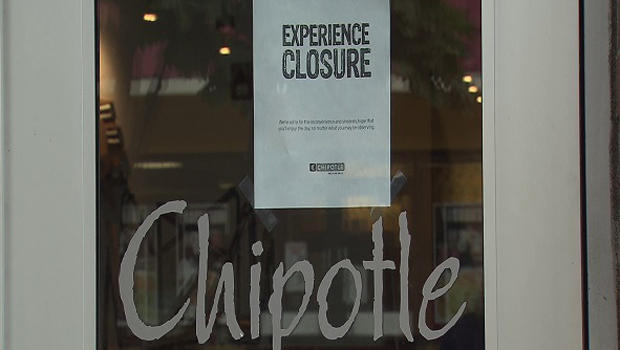 After an E. coli infection outbreak was connected to food sold at Chipotle, stores in the west coast closed down temporarily.

At the mention of “Chipotle,” images of delicious, comforting, Mexican fast food come to mind.   However, these mental pictures were seriously warped after the report of a severe case of diarrhea and abdominal pain on Oct. 19. Shortly after, 45 illnesses with the same exact symptoms came to light in six other states across the United States. One common thread ran through all of these cases: every single one of them, but two, involved food eaten at Chipotle the very same week of illness contraction. The illness in question was a result of an outbreak of a virulent strain of E. coli in Chipotle restaurants along the West Coast.

The outbreak had major and immediate effects on the franchise. Following the news, Chipotle closed all 43 restaurants in the most probable sources of the outbreak, Oregon and Washington. As a result, the business’ shares dropped by 12%, and the company’s stocks fell to their lowest in 18 months.

“I am pretty surprised [about the outbreak] because Chipotle is a very large corporation and I expected them to be very organized as far as sanitation goes,” freshman Ria Singh said.

Chipotle’s connection with the infection was shocking and unprecedented in such a large and popular lunch stop.  However, a few students believed it was inevitable.

“The outbreak is not surprising, given that food products, especially meats, seem to be susceptible to housing bacteria,” sophomore Janani Chander said.

Despite varying opinions, most Chipotle regulars do not seek to change their routine. Since the majority of the outbreak’s victims are located in the Pacific Northwest, Chipotle-lovers in Northern Virginia can rest assured for now.

“I normally eat at Chipotle twice a month. The outbreak doesn’t really prevent me from going since it occurred on the west coast,” Singh said. “Chipotle has more than one location from where their veggies and meats are imported, so I do not think this is a widespread problem.”

Recently, Chipotle published an article on their website regarding the incident. The article highlights that the restaurants that were closed down in the West Coast have now been re-opened. After the outbreak, Chipotle restocked all of their stores with heavily tested and deeply sanitized ingredients. As of now, it seems that the frightening aftermath of the infection has been cleared, and customers can enjoy their favorite fast-food restaurant again.