Afterthoughts on the Viennese Ball 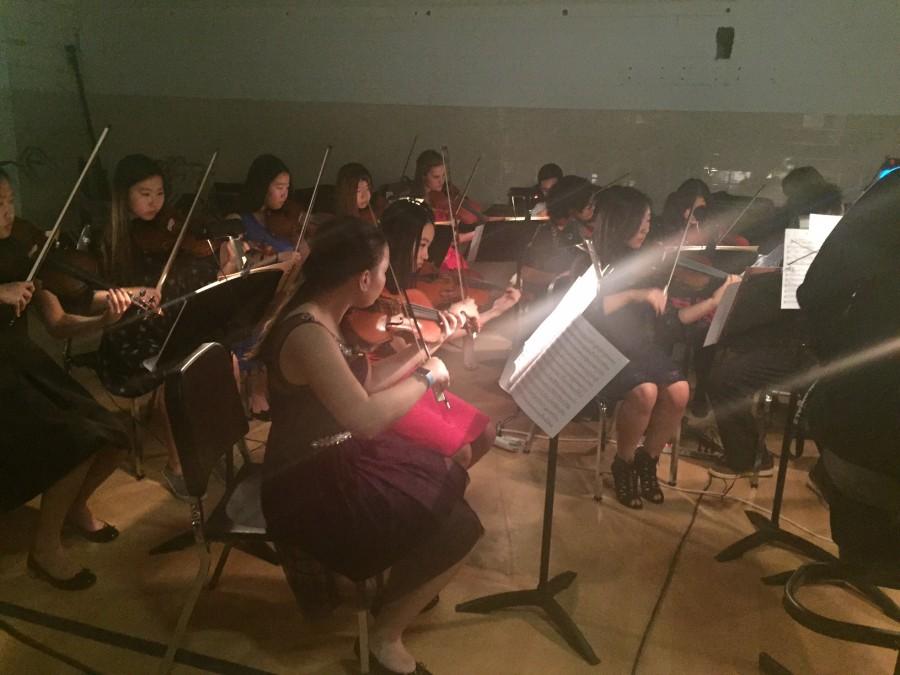 The members of the Jefferson Orchestra play Classical music throughout the dance.

The Viennese Ball, an annual fundraiser led by the Jefferson orchestra, was held on Nov. 20th. It attracted the attendance of around 200 people.

“I didn’t really know that much about the Viennese Ball [when I first heard about it]. All I knew was that I was expected to play at it, and when I asked my friends about it, they all spoke really highly of it and said that it was really fun,” Katherine Yang, a second-year violinist, said.

Before actually attending one of Jefferson’s Viennese Balls, many attendees and performers don’t understand or have much knowledge about what it is exactly. The name comes from the type of music the orchestra plays, Viennese waltz.

“We play the same 12 Viennese waltzes, for the most part, every year so they become very polished,” Allison Bailey, Jefferson orchestra conductor, said. “[We play] Viennese waltzes, so they’re mainly Strauss waltzes, always in three-fourths time so people can dance to it.”

The purpose of the dance is to raise money to fund the orchestra for that year. When compared to other dances during the school year, certain upperclassmen describe it as better than Homecoming and Sadies since it is both entertaining and beneficial.

“I think it’s the best thing at TJ; our orchestra is one of the best in the state, and the music is challenging but really fun. Ms. Bailey doesn’t force us to practice at home, but she gives us sufficient time in class to practice and she gets us through it pretty well. It’s been one of my best experiences at TJ,” Peter Zhao, junior and two-year performer, said.

The atmosphere of the ball had many seasoned performers confused as well. According to the symphonic musicians, what is considered “the usual concert” and the Viennese ball are at opposite ends of the spectrum.

“I was used to performances where everyone’s really quiet and all the attention is focused on you, and if you make a mistake it’s super obvious. But here, it’s a lot more relaxed. It’s more about playing for other people, and no one’s judging you if you mess up or miss a transition, but it’s important to stay focused on reading the music and not getting distracted by a lot of movement and other people talking,” Yang said.

Students danced around, including those who performed. Orchestra students showed appreciation towards Ms. Bailey and commended her for the work and effort she put into the ball this year.

“I’ve never had such a great director like Ms. Bailey before. She’s able to raise an orchestra to its highest potential, so I’m really going to miss her and the whole orchestra in general.” Michael Tang, senior violinist, said.