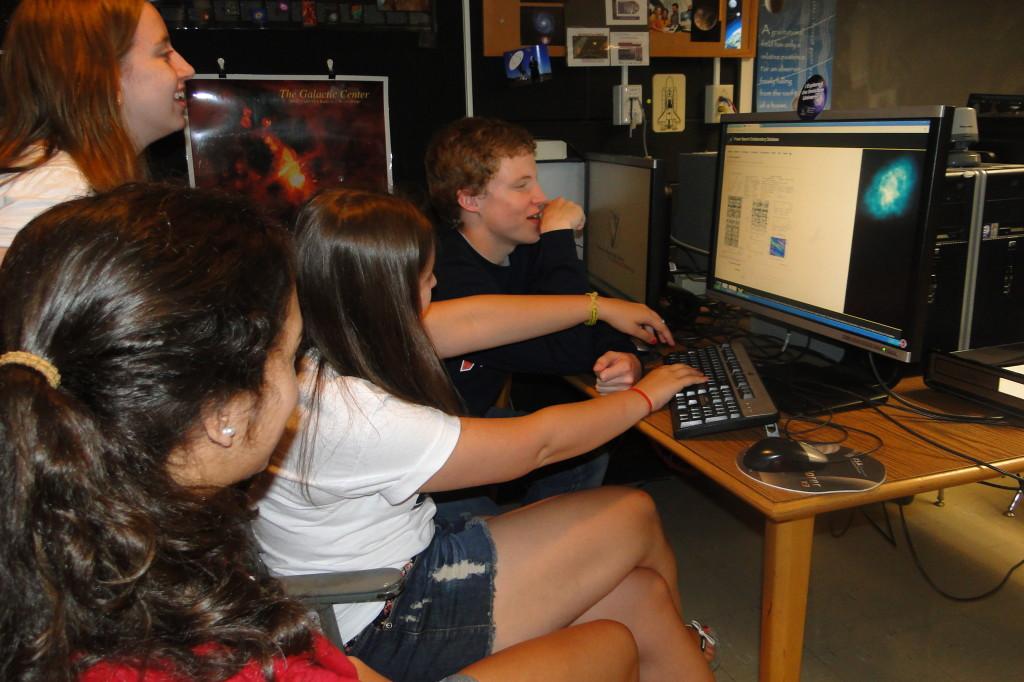 We are fascinated by the deaths of celebrities, beloved zoo animals and even the mummification of Egyptian pharaohs. But what about the death of a star? It turns out that these deaths, which result from supernovae, are some of the most fascinating things in the universe, and they relate to one phenomenon: the pulsar.

Star death mainly depends on mass. Some of the most massive stars end up as pulsars, giving off a radio signal, and eventually collapse down after the supernova.

“It’s an exciting event for the death of a star.” said Astronomy lab director Lee Ann Hennig, who has been helping various seniors conduct experiments on many aspects of pulsars.

“The coolest thing about pulsars is that even though they are some of the oldest objects in the universe and are essentially dead stars, they are still used as cosmological timekeepers,” said senior Tom Hillenbrand. “They give us valuable insight into the evolution of the universe.”

Various projects relating to pulsars include examining Chi-square charts to see if there are valid ways to rule out radio interference, and looking at pulsar distribution to determine if there are any trends that would suggest pulsar arrangement in other parts of the universe.

Unfortunately, the Astronomy lab doesn’t possess tools powerful enough to study pulsars directly. The students have come up with alternatives, though.

“All of us are looking at data from the Greenbank Radio Telescope in West Virginia, through the Pulsar Search Collaboratory (PSC),” said senior Rekha Schnepf.

Last November, NASA’s Fermi Gamma-ray Space Telescope made a major discovery. Not only did it discover more than 30 new pulsars, but it confirmed that more than 60 known pulsars pulsate at high energies.

“[This] is an exciting milestone when you consider that, before Fermi’s launch in 2008, only seven of them were known to emit gamma rays,” said Pablo Saz Parkinson, an astrophysicist at the Santa Cruz Institute for Particle Physics.

Neutron stars are stellar remnants resulting from the collapse of a star, and are comprised almost entirely of neutrons. A pulsar is a special type of neutron star that periodically emits electromagnetic energy.