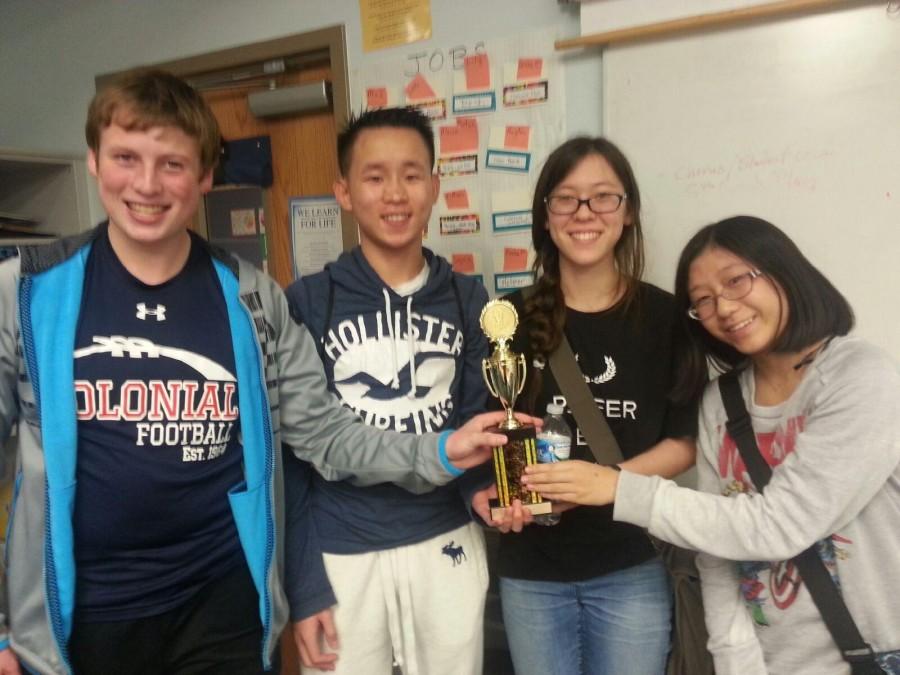 They say there is a sport for everyone, and this even holds true for Latin students. Jefferson’s players met in the parking lot of the Cheesecake Factory of the Fair Oaks mall on the cold, drizzly morning of Saturday, November 7 to consolidate for carpooling the long drive out to a Certamen tournament.
Certamen is a quiz competition that covers cover Roman history, culture, and mythology as well as the grammar and vocabulary of Latin. Although Jefferson did not place first, they performed well.

Unlike Quiz Bowl, Certamen is broken into four levels, and there are tournament winners for each level. In between tournaments, different levels have separate practices. “It’s broken down by the actual class level and the syllabus they use for the class,” senior and Rex of Certamen Ryan Golant said. Levels one through three correspond with Latin 1 through Latin 3, and Upper Level combines AP Latin and Latin 5, which is post-AP. At the Classical Cottage tournament, Jefferson’s Upper Level team got second place, Level 3 got third, and Level 2 and 1 teams both placed second.

“We’re making progress. We start out slower than our main rivals because they can all focus on Latin while we have IBET if you’re a freshman, AP classes for other years,” senior and Rex of Certamen Junyoung Hwang said. Our two main rival schools, Classical Cottage and Flint Hill, are both private and humanities-oriented.

The Classical Cottage tournament had a theme- the future, which seems odd for scholars of a long-dead civilization. Players studied the grammar of the future tense and myths about prophecies and seers.

Not everyone spends a lot of time studying, but some do. “For mythology, for example, which is what I specialize in, there are books such as Edith Hamilton or Robert Graves that are very good for preparing you,” Hwang said.

“It’s a super fun way for Latin students to learn more Latin and Roman culture and compete against other schools,” said Latin teacher Ms Lister, who has sponsored Certamen for over 20 years. “Some students put a lot of extra time and other students just come and sort of absorb some extra information, but it’s meant to be primarily for fun.”