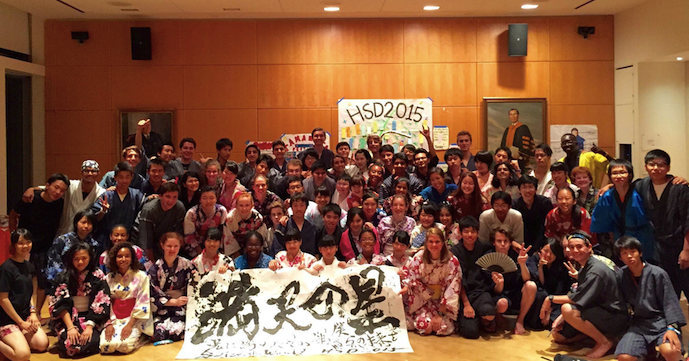 As instant communication and airplanes have breached huge geographical expanses and transformed the world into a global village, the United States has found itself becoming more international as well. The U.S. has always been known for being a “melting pot”, where different races, ethnicities and cultures blend to create a unique American heritage. However, no time in history has this been truer. According to Migration Policy in 2015, over 80 million people, which represents one-quarter of the U.S. population, are first or second generation Americans.

The high immigration rate has implications not only for a more globalized facet of America’s economy, politics and populace, but also for an individual’s everyday life. It is incredibly important to be able to coexist and communicate with people from all backgrounds. According to the U.S. Census Bureau, America is on the trajectory of becoming a majority-minority nation (where minority ethnic groups will outnumber Caucasians) by 2050. Among children, it will only be five years until minorities become the majority.

As the U.S. becomes a more diverse nation, it must become a more tolerant one as well. This calls for a mutual understanding between different cultures. However, just encountering diverse people (as most students do, during school) doesn’t help us understand them. Only seeing the surface level differences (maybe in something they wear or eat) can’t explain why the differences exist. That’s why now, more than ever, programs facilitating cross-cultural experiences are necessary.

High School Diplomats, a Japanese-American cultural exchange program held at Princeton University, gave us such a chance. By taking time to explore another culture in-depth, through serious events (like diplomat talks or tea ceremonies) and fun events (like festivals or simple late night chats), we learned to understand a different culture’s fundamentals: their thought processes and aspects of unity.

As a cultural exchange program, High School Diplomats taught us how to see a culture as a general, unifying power, but also allowed us American participants to familiarize ourselves with Japan in a deeply personal way: the second essential part of High School Diplomats, the roommate relationship. We were paired up with a Japanese counterpart, American girls with Japanese girls and American boys with Japanese boys. We shared a room, ate with, and walked everywhere with our roommates. By spending so much time together, we saw which aspects of our roommates were independent of culture, and which aspects had been heavily influenced.

Not only did it enable us to make friends with Japanese high school students, but High School Diplomats also demonstrated America’s diversity to us through the other American representatives. There were guys from Montana, California, and Georgia; Argentinian twins, theater geeks and Model United Nations presidents. While we American students were lumped together as “American,” we got to see each others diverse views of American culture, especially since we came from so many backgrounds.

As time continues to pass, the number of diverse cultures America will continue to surge, making the value of cultural understanding even higher. For high schoolers, there remains as little opportunity as ever to truly experience another culture—which is why we cannot recommend cultural programs like High School Diplomats enough. This program is all-expenses-paid and is hosted at Princeton University. The application, which consisted of only student essays, a teacher recommendation and an interview, is now open to current sophomores and juniors, and must be submitted by January 8th, 2016. Applications and more information can be found at highschooldiplomats.com.

Cultural exchange programs are ways to make meaningful friendships with diverse people. America’s multiculturalism and diversity necessitates an understanding of people who might look and behave differently. As new flavors are added to the American melting pot, it is important to embrace all of them as essential and equal parts of a whole.