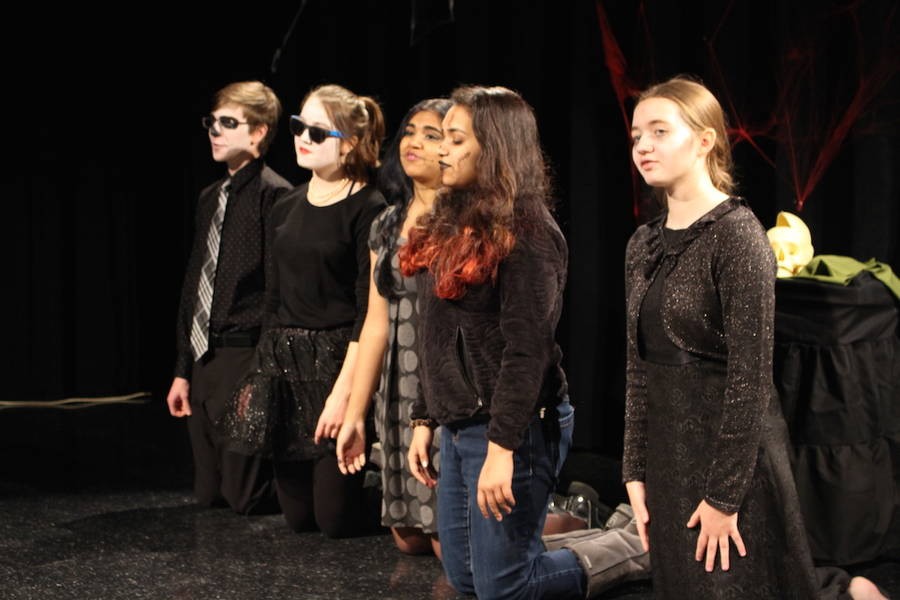 While Friday after school is usually a time to relax or start homework for the weekend, the TJ Theatre company and student volunteers stayed after school for hours to work on the set up for the first Spooktacular. The event was targeted towards kids aged four to twelve, and was on the next day, October 31. The Spooktacular served not only as a fundraiser for the theater department, but also as preparation for an upcoming production, “The Little Mermaid.”

“A haunted house fits in with the season and right now is the perfect time to do something small to practice before rehearsal for ‘The Little Mermaid’ begins,” junior Arjun Guidroz said.

The event also helped raise awareness and funds to finance the props and costumes for “The Little Mermaid,” which is geared towards a younger audience.

“The money we make from the Spooktacular is going towards The Little Mermaid because we have some pretty expensive set and costume plans,” Guidroz said.

The money will also go towards buying new equipment for productions in the future.

“We want to refurbish a lot of the decade-old equipment and make sure the money goes to further improving the quality of our productions,” senior Julie Lee said.

The structure of the show incorporated interaction between the audience and performers, and tour guides took them through different parts of the building.

“The show has three parts, and guides will take the kids on 30 minute adventures that incorporate old and new parts of the school. The first part is in the auditorium, where they’ll go through a maze and solve riddles, and afterwards they’ll walk through hallways with witches and zombies. The last part, which is in the blackbox theatre, will have the actual musical performances,” sophomore Kanvi Shah said.

In addition to the show playing on the guests’ senses, the performances involved certain scientific concepts to create special effects.

“The children will really be using all senses – from the dark lighting to touching gross “brains”, and ears echoing with sinister laughs. We are even incorporating science into the event, in the fashion of true TJ students, such as using a titration/acid-base reaction to “magically” turn the “potion” into the right-colored concoction,” Lee said.

Those involved in the production of the show are looking forward to advertising the Little Mermaid, and the theatre department as a whole, to children and their parents.

“I’m definitely looking forward to this, because I feel like it’s a great way for us to show little kids that a STEM school like TJ can have a successful drama program, and I think we’ll be able to impress them with how well we can pull off the production,” Shah said.