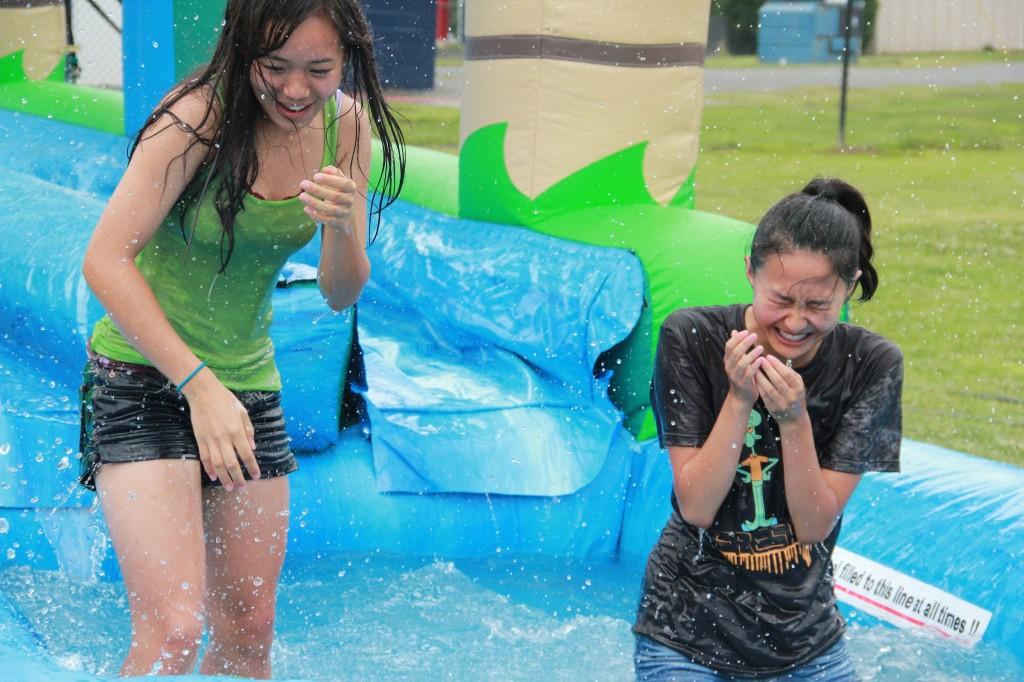 Starting noon on June 1, excitement was in the air as students left their last class to ­­prepare for the annual Jefferson Day end-of-the-year celebration. Most students went to set up food-booths for their clubs while others milled around waiting for the fun to begin.

Many students created Facebook events advertising their booths before J-Day. Other students, like junior Ryan Feng and members of Namaste, made events to invite students to watch their live performances.

“J-Day this year was a great success. The weather was perfect for most of the day, and VSA was able to raise lots of money for the next school year,” VSA Historian Minh Bui said. “J-Day is great because not only do students get to experience cultural foods and various fun activities, but the clubs themselves are able to fund-raise for their future projects.”

Although it started raining later in the day, students were not deterred. Booths were moved inside, and most students, and even teachers, gathered in Gym 1 to watch the highly anticipated basketball tournament.

This year’s J-Day basketball tournament was also the closest it has ever been in recent years. With junior Mig Gebril’s team making an incredible comeback to change the score from 10-4 to 10-9, the spectators desperately cheered on the underdogs.

“The game was very feisty with fouls happening every play, but that just added to the intensity. The crowd was behind Mig’s team after they were down early, which made the comeback much more exciting,” junior Ji Hun Kim said.

The hype from the May Madness Basketball Tournament Finals helped to cap off another successful J-Day.