“The Flash” races into its second season 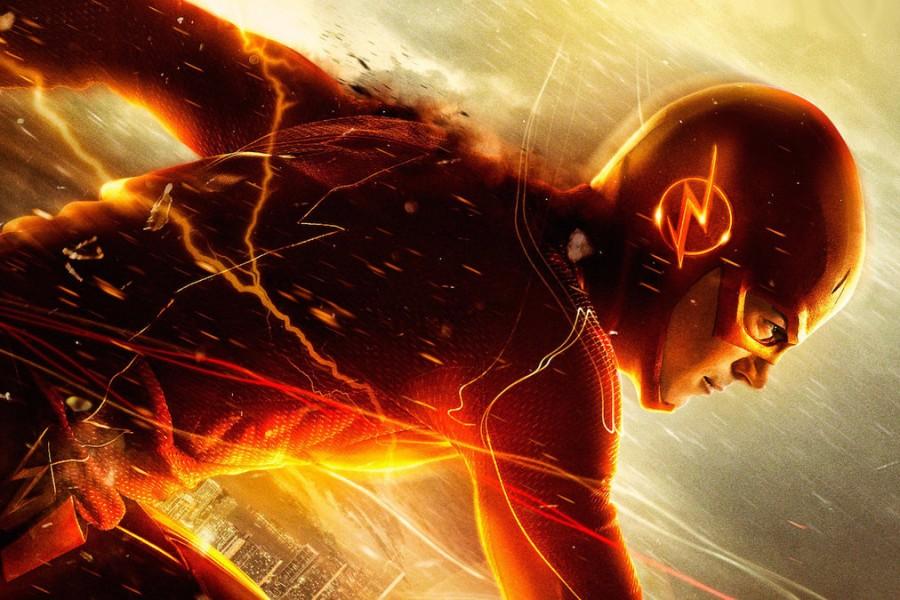 "The Flash" airs Tuesdays on the CW Television Network.

The “fastest man alive” returned to the CW television network on Oct. 6 with the season two premiere of “The Flash.”  After a successful first season, the show continues to build relationships between its well-loved characters and bring iconic villains from page to screen.

Barry Allen (Grant Gustin) is a clumsy forensic scientist, but when he is struck by lightning and induced into a coma after a particle accelerator explosion, he wakes with the power of super-speed.  While mastering his powers, Barry becomes “The Flash,” a masked superhero in Central City tasked with dealing with the not-so-heroic individuals (meta-humans) also affected by the particle accelerator explosion  At the end of season one, Barry’s battle with the notorious “Reverse-Flash” (Tom Cavanagh) from the comics led to the creation of a wormhole above Central City.  The finale ended with Barry racing into the wormhole, attempting to run fast enough to stop it from destroying the entire city.

The losses Barry endured in season one cause him to be more isolated in season two.  In the premiere, Barry is no longer enlisting the help of his friends to fight crime in Central City and is on his own, believing that it is better not to put his friends in harm’s way.  However, a meta-human with the ability to leech off of nearby radiation to grow in size proves to be more than the Flash can handle on his own, making Barry realize that keeping his friends out of the loop isn’t the right decision.

“The Flash” is able to raise the stakes constantly by introducing a new infamous villain each week, but the show’s greatest asset is its characters’ ability to connect with the audience.  Barry grows up with his best friend Iris (Candice Patton) and her father, Joe (Jesse L. Martin) after a tragic childhood incident leads to his mother’s death and his father’s imprisonment.  Joe is like a father to Barry, and their fondness for each other is shown clearly throughout the show.  Barry is able to be vulnerable with Joe, and Joe consequently is able to get through to Barry when no one else can.  Barry and Joe work together in the police department as well as during Barry’s escapades as The Flash, and their affection for each other is almost tangible during their scenes together.

The romantic aspects of “The Flash” are less prominent with respect to the central plotlines, but fans have their fingers crossed that this season will unite some of their favorite characters.  Barry has been in love with Iris since childhood, as they grew up together, but she has never reciprocated these feelings.  When season two opens, Iris is still recovering from the loss of Eddie (Rick Cosnett), her boyfriend, who sacrificed himself in the season one finale to defeat the Reverse-Flash.  Though it will take some time to draw these two characters together, fans are hoping that it is in the cards sometime in season two.

“The Flash” takes superhero television to a new level by doing justice to the comics it is based off of while taking some liberties to bring viewers an experience like no other.  Season two is sure to continue to push the boundaries of what is possible, and fans eagerly await Barry’s newest exploits in Central City.