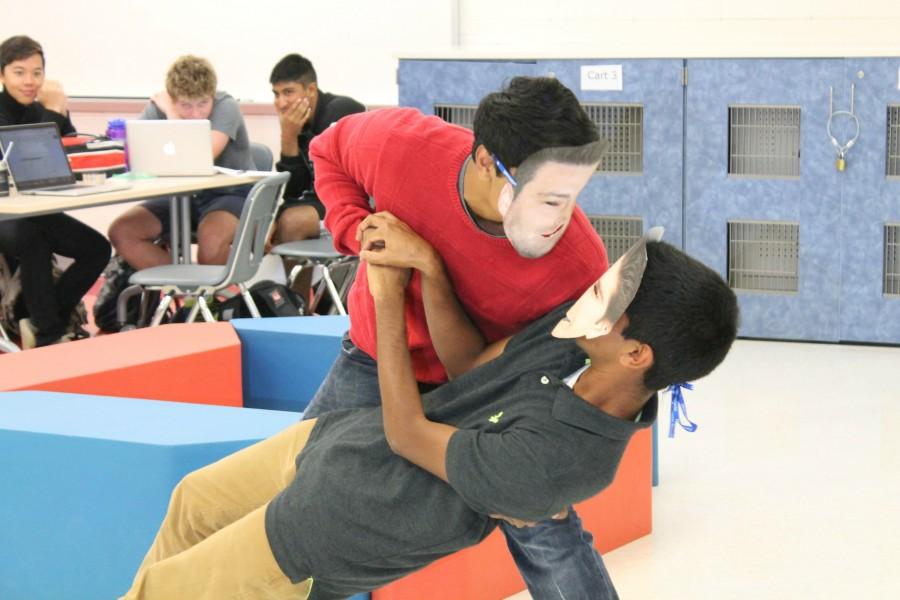 “We were a little stressed before doing the actual asking to be honest. I mean, how can you really recreate a hilarious sitcom like “Friends” in live person for a homecoming asking? But we just decided to have fun with it and enjoy ourselves while acting and we’re really happy with how it turned out,” senior Srikar Kosuri said.

“I agree with Srikar, but I was a little more stressed during because I actually completely screwed up the first line. But we decided before that we were just going to enjoy it and we ended up laughing at it later and we just had as good of a time as we could have had,” senior Nikhil Ramachandran said.