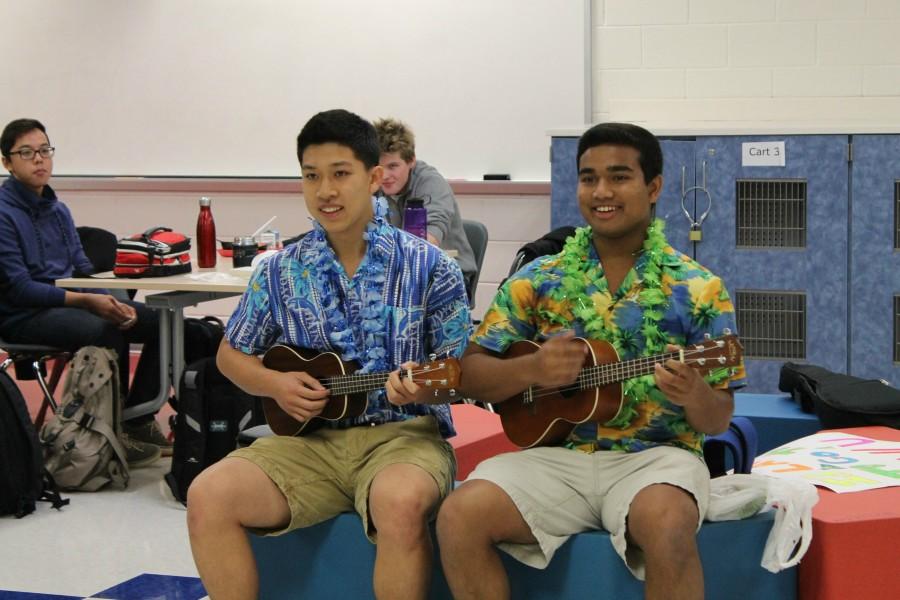 Seniors Calvin Chen and Akash Raju sing a parody of "Lava" from the Pixar short film while asking seniors Joyce Duan and Neha Bhargava to homecoming.

“I was hoping that I wouldn’t forget any of my lines and that the audience would like our asking so Akash and I wouldn’t have to clap for ourselves,” senior Calvin Chen said.

“In this picture I was thinking, ‘I hope the audience laughs at this part’,” senior Akash Raju said.