“Marvel’s Agents of SHIELD” gets off to a slow start 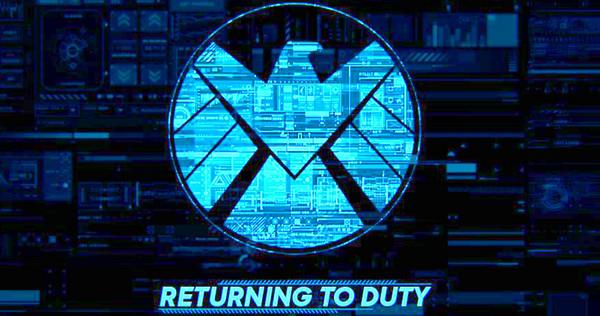 “Marvel’s Agents of SHIELD” offered viewers another venture into Marvel’s Cinematic Universe with its season three premiere on Sept. 29.  Though the premiere was not as eventful as expected, it did begin to lay out the framework for the season as a whole and introduce audiences to a few mysterious new cast members.

Season three of the science fiction show returns to the Strategic Homeland Intervention, Enforcement and Logistics Division (SHIELD), a global counter-terrorism agency dismantled in season two by the criminal organization Hydra.  The remaining members of SHIELD, led by Director Phil Coulson (Clark Gregg), are searching the world for traces of Inhumans, humans whose DNA have been altered to give them supernatural abilities.  After a Terrigen crystal with the ability to activate Inhuman powers dissolved in the ocean and spread across the globe in the form of fish oil vitamins, the Inhuman population is growing fast.  Unfortunately, organizations other than SHIELD are also looking for Inhumans – and not all of them have good intentions.

The new season of Agents of SHIELD is the first season with the full metamorphosis of Daisy Johnson (Chloe Bennet), also known as Quake in the Marvel comics.  Daisy first entered the show in its pilot as Skye, a hacker with a grudge against SHIELD.  Over the course of two seasons, Skye grew to admire and respect the SHIELD team and eventually learned the truth about her identity when a Terrigen crystal activated her own Inhuman powers.  Skye learned her true name, Daisy, and developed her seismic (earthquake-producing) abilities.  Daisy has now fully embraced her identity, and her role in the third season is sure to match up to her powerful presence in the comics.

The season premiere also featured a first glimpse at SHIELD’s next major opponent: Lash (Matthew Willig), an Inhuman with energy manipulation abilities.  In the opening episode, Lash is searching for Inhumans in a hospital, and when his search turns violent, SHIELD intervenes.  Though Lash’s motives aren’t yet clear, his fierce and daunting appearance gives fans something to look forward to in the coming episodes.

The romance between Leo Fitz (Iain De Caestecker) and Jemma Simmons (Elizabeth Henstridge), two members of the SHIELD team, has spanned two seasons of the show and has left fans yearning for just one romantic dinner.  This finally seemed possible in the season two finale when Simmons finally asked Fitz out on a date.  However, in the final moments of the episode, the Monolith, a mysterious rock of alien origin, swallowed up Simmons.  The season three premiere opens with Fitz searching for any clues as to Simmons’ whereabouts, as a scan of the Monolith revealed no signs of life within it.  Iain De Caestecker filled his performance as Fitz with raw emotion and desperation, shedding a light on how much Fitz really does love Simmons.  Fitz’s scenes in the season premiere were some of his best, and fans can only hope that Fitz-Simmons will find their way back to each other later on in the season.

The “Agents of SHIELD” season premiere wasn’t the best 45 minutes of television on a Tuesday night, but it presented multiple plot points to be explored throughout the season.  The show has never failed to hook viewers with its intricate storylines and complex characters, and the SHIELD team will continue to combat all obstacles coming its way in season three.