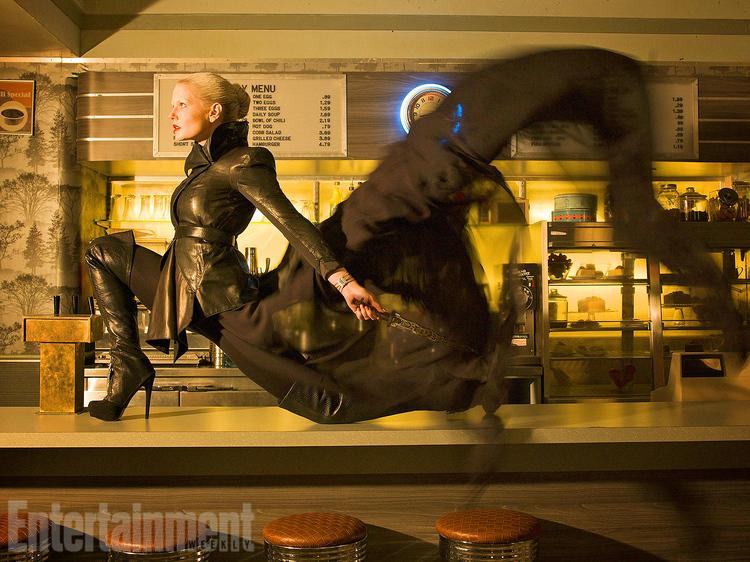 Jennifer Morrison stars as Emma Swan in "Once Upon a Time," airing Sundays on ABC.

ABC’s “Once Upon a Time” premiered its first season in October 2011, instantly transfixing viewers with its unique twist on a classic set of fairy tales.  On Sept. 27, the show returned for its fifth season of magic and mystery with its season premiere, “The Dark Swan.”  The show has come a long way since its opening episode, and the most recent premiere is already setting high expectations for another fascinating season.

In season one, the Evil Queen (Lana Parrilla) wipes the memories of every fairy tale character and sends them to Storybrooke, a small town in Maine, in order to get revenge on Snow White (Ginnifer Goodwin).  Emma Swan (Jennifer Morrison), the daughter of Snow White and Prince Charming (Josh Dallas), eventually restores the town’s memories and reunites with her parents.  Emma is “The Savior,” fated from birth to bring the people of Storybrooke their happy endings.

Throughout its time on air, “Once Upon a Time” has delved into themes such as the power of hope and the distinction between heroes and villains.  Emma, her parents, and the redeemed Evil Queen Regina have taken on villains from all realms of story in the show’s history.  However, in season five, the show’s core cast of characters face a villain starkly different from any in the past: Emma, who contains a vortex of darkness within herself to prevent it from consuming the entire town.  Emma’s family and friends unite to save her while she struggles with controlling the darkness inside her – making this season one to remember.

Emma’s new demeanor as the Dark Swan is the complete opposite of her role in Storybrooke as the Savior, and Jennifer Morrison tackles this new side of her character brilliantly.  To prepare for her role, Morrison researched swans in mythology and discussed her character with the writers of the show to decide how to approach it.  Her dedication definitely pays off in the premiere, as Emma’s internal battle with the darkness is poignant and heart-rending.  Emma desperately wants to be rid of the darkness in order to protect the people she loves, and it’s impossible not to empathize with her as she combats this in the premiere.

The Dark Swan isn’t the only twist in this new season.  The only person capable of removing the darkness from Emma is the sorcerer Merlin, so Emma and her family embark on a journey to Camelot, King Arthur (Liam Garrigan) and the Knights of the Round Table.  In addition, Princess Merida (Amy Manson) from “Brave” is making an appearance this season and will lend a hand in saving Emma.  In the past, viewers have criticized the show for adding needless storybook characters into the plot and taking the focus away from its core cast, and it is not clear whether this pattern will repeat itself in the upcoming season.  Hopefully, Emma’s struggle against the darkness will help put more of an emphasis on the people who love her most.

“Once Upon a Time” made its mark on television in 2011 with a quaint town in Maine.  Since then, it has gone on to travel realms such as Arendelle, Oz, and now Camelot, encouraging audiences to believe in hope and magic.  It’s not easy to captivate viewers for five seasons, but “The Dark Swan” is an intriguing start to what will hopefully be the show’s best season yet.