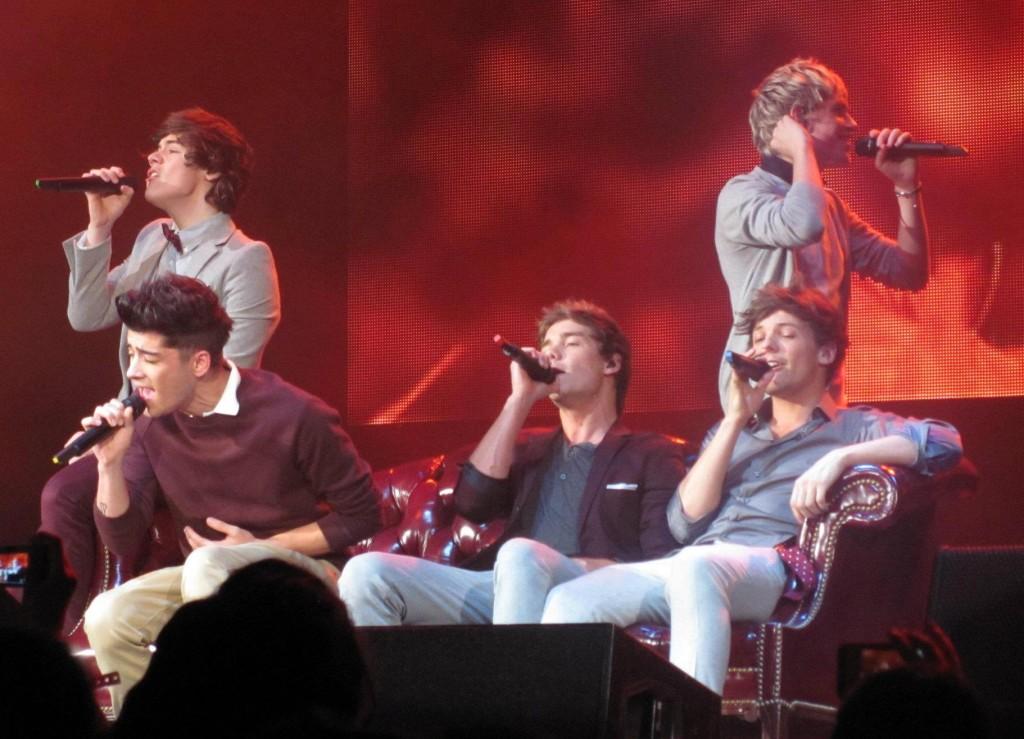 Before the British band One Direction made their way to the Patriot Center on May 24, hundreds of fans were already outside the arena and waiting. The five-member boy band, made up of Niall Horan, Zayn Malik, Louis Tomlinson, Harry Styles and Liam Payne, was on their first U.S. headlining tour, promoting their album “Up All Night.” With tickets to the concert selling out minutes after being released months before, the crowd consisted mainly of teen girls who could not contain their excited squeals.

The concert began with Camryn Rogers as the first opening act. Although unknown to many of the fans in attendance, Rogers’ new singles, such as “Set The Night On Fire,” had peppy beats and had the audience dancing along.

The second opening act, Manika, was not as successful with the crowd as Camryn. Her enormous tulle skirt, questionable dance moves and her new single, “Good Girls,” full of lyrics about unfortunate boyfriends, drove many of the fans to sit down to wait for the boy band to arrive. Manika ended her act and left the stage, leaving the crowd ready for the main act.

Finally, as lights darkened and a teaser video played on screen, One Direction burst in and started singing one of their older singles, “Na Na Na.” The screams from the crowd were deafening as the band progressed through their “Up All Night” album. The most energetic performances by both the band and the fans included their title song, “Up All Night,” and their popular hit single, “What Makes You Beautiful.”

In between the multiple costume changes and performances, the band held a Q & A session with questions taken from Twitter. The boys chose their favorite tweets from the audience and obliged fans by speaking in American accents and impersonating Louis Armstrong. The idea came from the video diaries One Direction made as contestants on the UK version of the X-Factor singing contest.

Zayn’s high notes in almost every song were spot-on, as well as Louis’s and Niall’s parts in the band’s covers of “Use Somebody” by Kings of Leon and “Torn” by Natalie Imbruglia. Harry’s solo in “What Makes You Beautiful” was solid, and Liam gave consistently good performances throughout the show. As the band originated on X-Factor, live performances were clearly not new to the boys.

Although the majority of the songs had a predictable bubblegum pop feeling, the audience was devastated to learn that the final song and crowd-pleaser, “I Want,” would be ending the show. The band gave a heartfelt finale and waved the audience goodbye as they left. Most of the girls were clearly satisfied with the concert, already turning their heads to June 2013 when One Direction is scheduled to perform at the Verizon Center in Washington, D.C.