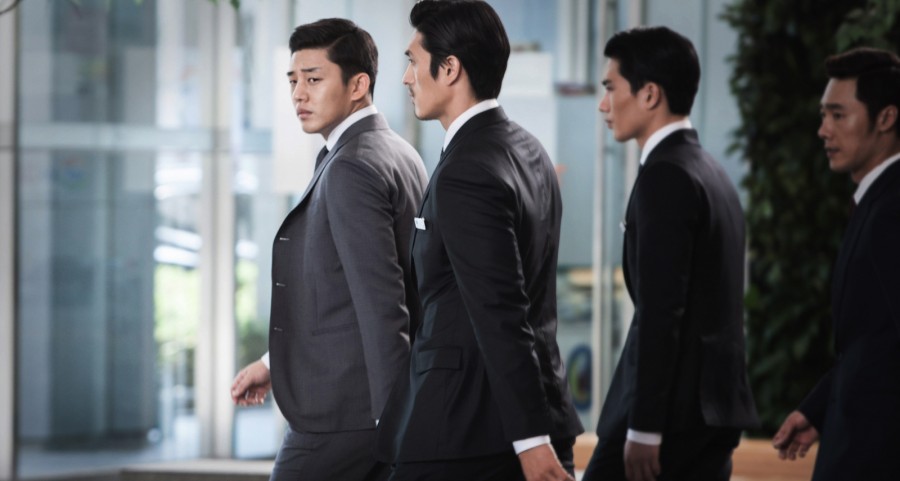 Dominating South Korea’s summer box office, “Veteran,” directed and written by Seung-wan Ryoo, arrived in the United States on Sept. 18 after its initial release in August.

Imbued with comedic and satirical elements, “Veteran” features the conflict between two men, Seo Do-cheol (Jeong-min Hwang), a charismatic yet compassionate police officer, and Jo Tae-oh (Ah In Yoo), the arrogant and hedonistic heir-apparent to one of South Korea’s biggest conglomerates.

Before all else, it must be mentioned that “Veteran” is definitely an entertaining film. The running time of 123 minutes goes swiftly with humorous dialogue between highly competent actors, plot twists and action scenes. The superb acting of the main characters is sure to be the highlight of the film, particularly the unforgettable performance by the young actor, Yoo, who plays the dangerously impulsive Jo.

Nonetheless, the incredible success of “Veteran” in South Korea may lie in its direct portrayal of the contemporary South Korean society. Tae-oh is a member of the chaebol, a South Korean term that refers to families that inherit immense wealth and authority of the nation’s leading corporations through generations. Although Tae-oh’s callous character may be an exaggeration of reality, the audience is able to fathom hints about how some of the upper echelons of the society are able to control the nation using their influence.

Despite the film’s definite attempts to bring humor, “Veteran” is not a simple, lighthearted film. It is one that leaves the audience with multiple questions, thoughts and reflections, urging them to define what justice is and questioning them the extent to which they can act to protect it. “Veteran” touches on many aspects of the contemporary society that not only South Korea, but also other nations, needs to contemplate about. It is a film that asks whether we are able to balance conscience with materialistic goals, honesty with ambition and idealism with reality.

Although the characterizations of the two main characters often seem to be tilted to one side, “Veteran” is a powerful film, rushing until the last minute to depict the exhilarating battle between the two men.