Homage to Miyazaki & Beyond: Summer Wars 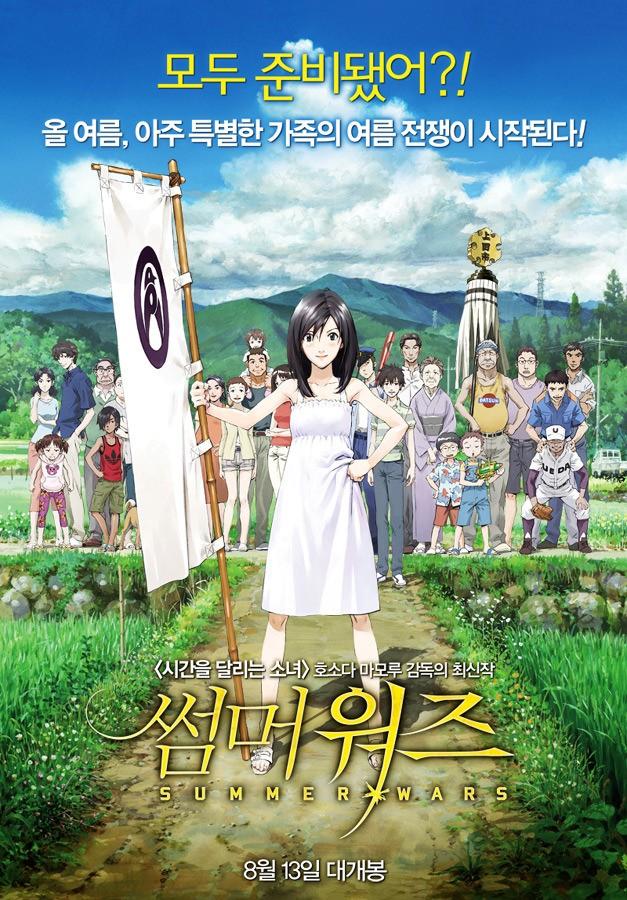 The sixth film that I will be adding to my summer blog is “Summer Wars,” a film produced by the Japanese director Mamoru Hosoda. After posting my latest review on Hosoda’s “The Girl Who Leapt Through Time,” I hoped to continue reviewing his films and experience the modern style of his productions. If Studio Ghibli looks back in the past, Hosoda is the one who looks to the future.

“Summer Wars” is a 2009 film that Hosoda directed after his previous success in “The Girl Who Leapt Through Time.” For both films, Hosoda received the Japan Academy Prize for Animation of the Year. Later in 2013, he would be honored again with “Wolf Children.” His latest film, “The Boy and the Beast,” was released in Japan in July.

In a virtual global community named OZ, people can interact, share information and deal with any real-life tasks. Kenji, a high school boy who works at OZ as a part-time job, unexpectedly causes a tremendous chaos in the system. With the help of Natsuki, his friend, and her family, he attempts to resolve the crisis.

“Summer Wars” is definitely a film that is not ordinary. Set in a rural Japanese village, the movie interchanges between the idyllic scenery of the real world and the visually vibrant world of OZ. Throughout the film, futuristic and authentic elements collide. The contrast could be seen between the elders in Natsuki’s family and the youth, between human and technology and between a relatively isolated summer home and the infinitely enormous OZ.

The central plot of the story may begin due to these conflicts, but it does not end in the same way. The emphasis of the film lies in the importance of communication, not just through OZ, but through different generations. While technology is the central medium of interaction in the modern world, it is certainly vulnerable and difficult to regulate. In the end, what matters is the balance, the balance between the real world and the virtual, between family and technology and between human interaction and material interaction.

While the film is astounding in its depiction of OZ, its story is not about the virtual world. The film may be more human than it apparently seems like. Hosoda is skilled in using fantastical elements to convey some of the most genuine human emotions. I believe “Summer Wars” faithfully abides by his intents.

This is another film that would be perfect for a summer day. After all, the title itself is called “Summer Wars.” It is entertaining, humorous and heartfelt. If you are having trouble falling asleep from the summer heat, try “Summer Wars” for the cool and refreshing feel you hope to get.