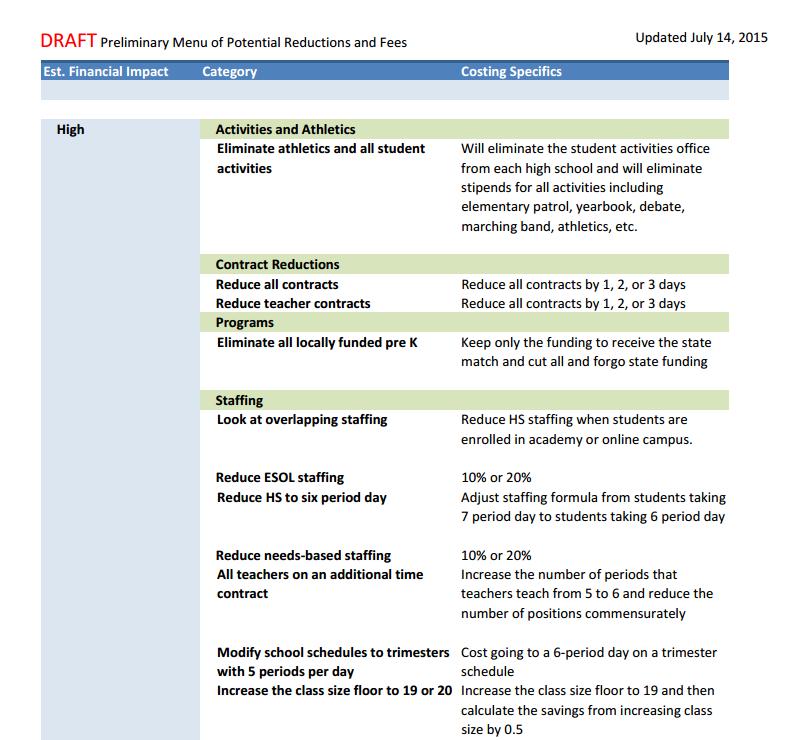 Eighth period at Jefferson allows students to take part in a variety of clubs, explore their interests, get extra help and tutoring from teachers, and is a much anticipated period for many students. However, Fairfax County Public Schools (FCPS) is expecting a major budget deficit (one that could be more than $100 million) for the 2016-2017 school year – so, FCPS has started to consider what programs may need to be cut and what changes may need to be made throughout the county after next year, and one of those may be the removal of Jefferson’s eighth period by reducing the hours of teachers at Jefferson.

“It is not possible to maintain the level of excellence for which Fairfax County Public Schools is known when we are annually faced with making impactful cuts to the system,” FCPS Superintendent Karen K. Garza said. “While we have tried hard to protect the classroom to the fullest extent possible, we now have no choice but to consider cutting student programs and services.”

FCPS officials have now created a Budget Task Force, made up of School Board members, FCPS school and parent organizations, and the Chair of the Fairfax County Board of Supervisors. The Budget Task Force has created a draft of all potential cuts and/or changes that could be made during the 2016-2017 school year to help deal with the budget deficit. Some of the options listed in the draft, besides the removal of eighth period, include an additional PSAT fee, removal of 1-3 sports teams and freshman sports, a reduced refresh of technology, and even the elimination of all student activities.

“I understand that we need to have budget cuts, but I would find it better to cut from the pay of principals and FCPS board members because cutting eighth periods and freshman sports would deprive students of opportunities to bond and do extracurriculars,” rising sophomore Harriet Khang said.

FCPS states that since the 2007-2008 school year, officials have had to make many cuts, and are now forced to make cuts and changes to the school environment. However, many students, including alumni from Jefferson, disagree with the potential removal of eighth period from Jefferson, as they find that eighth period makes it much easier for them to participate in school clubs and events that they otherwise may not be able to attend.

“We have the leisure of doing clubs and stuff without having to stay after school and wait for the activity bus home, which would get some of us Loudouners home at like eight,” Class of 2014 alumni Vaidehi Patel said.

Students and parents are welcomed by FCPS to input suggestions, feedback, and ideas for other potential reductions or changes at FCPS’s website. The task force will work throughout the summer and will continue to provide Garza with different ideas and recommendations, with the suggested budget then formally presented on Jan 7, 2016. But, with enough support, students may be able to help prevent the potential removal of eighth period from Jefferson.

[Could one of the nation’s largest school districts go without sports, activities?]

“Eighth period for me has been an amazing experience allowing me to explore what my passions truly are, and for me, one of the biggest things is that eighth period is also such an integral part of the whole iNite process and I feel like that’s something that would truly be a loss if we had to give it up,” rising senior Maitri Patel said.