Ultimate Frisbee team prepares for renewed spirit over the summer 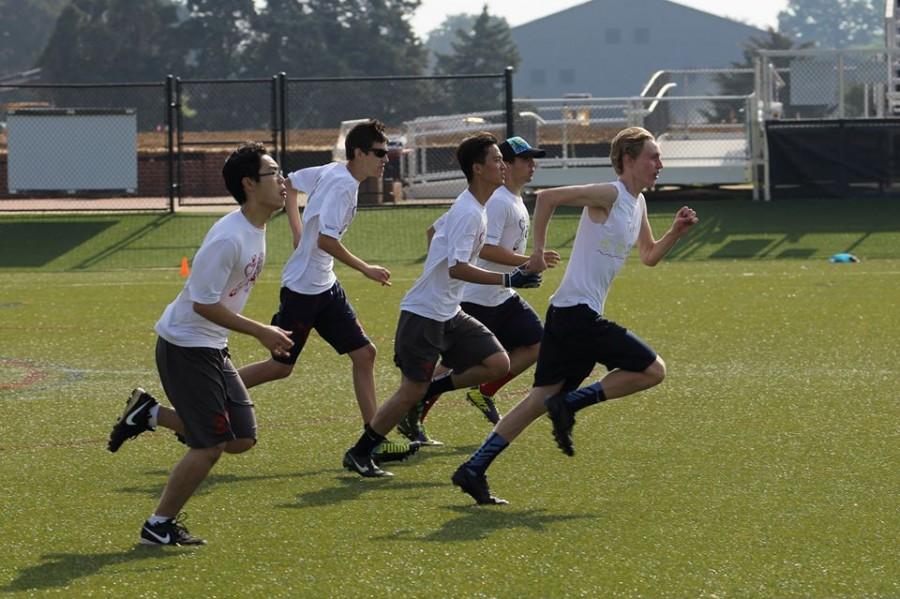 Of the many sports teams that students participate in, not many are familiar with the Jefferson Ultimate Frisbee team. It is not openly showcased in the official Jefferson athletics website, and most students are unfamiliar with the basic rules and skills of the sport. In order to resolve the problem, the players of the team are planning to polish their skills for the upcoming season and increase the team’s publicity over the summer.

“This season was sort of a difficult one as we had issues with players showing up to games and practices,” senior Alex Rudin, the captain of the team, said. “For next season, my main goal is to build up our program again.”

Under the guidance of Thomas Rudwick, a Computer Science teacher and the coach, the team practices for two times a week and hold games every week during the regular game season in spring. The team is a member of the Washington Area Frisbee Club (WAFC), a non-profit organization that aims to encourage ultimate frisbee sports in the local Washington, D.C. and adjacent regions. Through the WAFC, the members play a tournament in the fall and weekly games from March to June against opponents in the same division.

“A lot of people don’t know TJ has an ultimate team,” senior Ray Liu, a player of the team, said. “But it is actually a sport that anyone can join. We start the year off learning basics like throwing and catching, and later we move onto running offensive sets and defensive techniques.”

Despite its former popularity, the team faced multiple difficulties last season with membership and attendance. The team competed in the Virginia State Championships, returning back with a recognition of its weaknesses and the determination for a renewed team spirit.

“Back in 2011, we had two full teams and about 35-40 people in the program,” Rudin said. “Whereas this past year we had 15, many of whom were unavailable when we had games. My goal is to get as many people playing as possible so that we can have a large, successful program in the future.”

Setting the team’s goal as placing in the top six schools out of sixteen in the Virginia State Championships, Rudin and other players have been participating in summer training camps or the WAFC Summer Corporate League. The summer league  will be lasting from June to August, and the team will be playing in the Corporate B division, which consists of a mix of advanced and beginning players.

“This summer, many of our members are improving in the offseason by participating in summer leagues in WAFC and Fairfax Ultimate, as well as playing in pickup games at various locations in the D.C. area,” Liu said. “Many members of the team are attending camps that some of the top teams in the state attend.”

By preparing for its upcoming season during the summer, the team hopes to regain its momentum and bring back positive results in their regional and state games.