Students should be able to have phones at ANGP 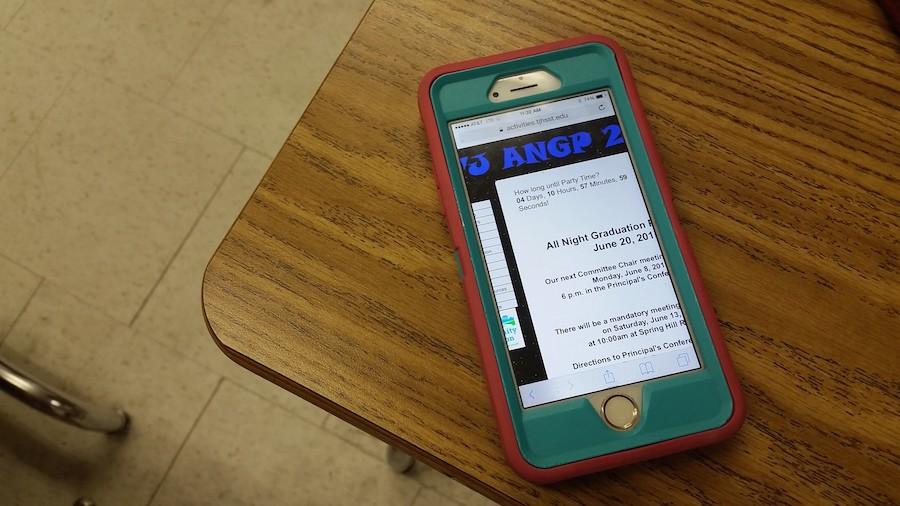 Phones are not permitted at the upcoming All Night Graduation Party (ANGP), held after graduation on June 20.

As students gear up for the upcoming All Night Graduation Party (ANGP), held after the graduation on June 20, many were surprised to discover that phones are not allowed. Although it was common knowledge that phones would be confiscated at the ceremony, seniors were disappointed to learn that they wouldn’t be able to take their own photos and contact other people during the event.

Photographers and phones will be provided, but in today’s selfie culture, having cell phones with us is practically a necessity for recording memories of our last night we share as a class. Although pictures taken by photographers are nice, cell phones can allow us to record funny videos and moments, and take pictures of specific moments without hoping a photographer is there to catch it all.

In addition, many students are worried about the safety of such a move. While parents with phones will be present, few people memorize phone numbers today, making it difficult to contact the right people in case of an emergency, such as neighbors and doctors.

The organizers of ANGP decided on this rule because they didn’t want seniors to lose their valuables, which is a noble cause. However, the vast majority of seniors at Jefferson are headed to four-year colleges next year. If we are responsible enough to live on our own in two short months, we should be responsible enough to keep track of our phones, especially if we will be hanging onto them to document the night.

Regardless of the decision to allow students to check their valuables, this should not be required. As new adults being thrusted into the freedom and responsibility of life outside of high school, we should be able to make the choice of what we can keep track of. If we lose our phones, that is our fault, and we should be responsible for what happens to our belongings.