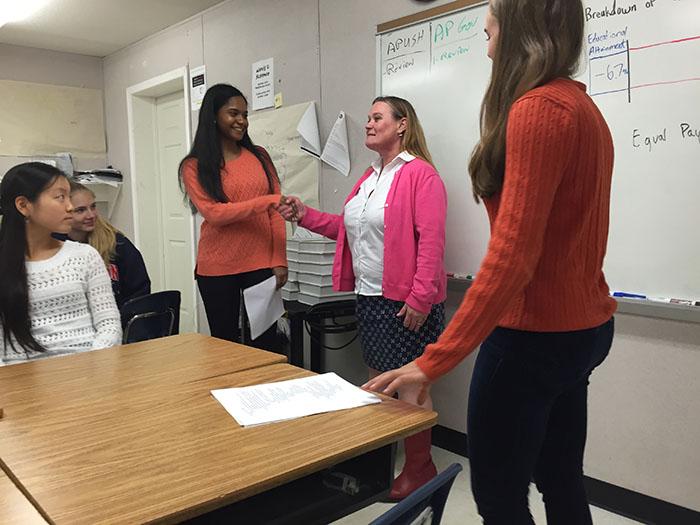 On Wednesday, June 3, seniors Ariana Herbst and Shadin Ahmed hosted a guest speaker, Professor Angela Hattery, to speak to a group during eighth period about the gender wage gap. Hattery is the director of the women’s and gender studies department at George Mason University.

“The biggest takeaway is that gender discrimination is still alive and well and that on a social justice level it’s not fair to pay people less for doing the same work,” Hattery said. “But also from a societal level, it has a lot of negative impacts as well because people have to work harder and more people are in poverty. It’s actually in our best interest as a culture to eliminate all forms of discrimination.”

Ahmed and Herbst decided to host this seminar for their global studies class, the combination of Advanced Placement (AP) English Language and Composition and AP United States Government and Politics.

“We thought that for women who are soon to be entering the workplace this was extremely relevant, and it was a discussion that needed to be had,” Herbst said.