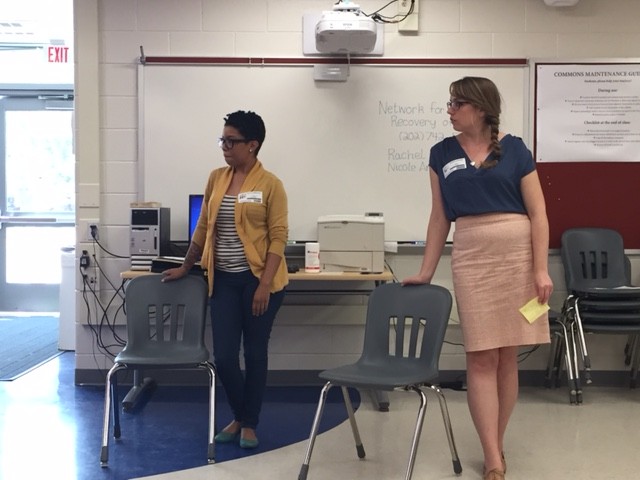 On Wednesday, May 29, seniors Shivani Nathan and Shivani Dimri held an event in the Einstein commons partnering with the Network for Victim Recovery of DC, an organization devoted to helping crime victims. The two representatives, Rachel Kohler and Nicole Armstead, were an attorney and advocate for gender based crimes respectively.

“I decided to become an attorney because I have always been outraged by what I viewed by injustice and going into what I did was fueled by my interest in serving marginalized communities,” Kohler said. “Survivors of sexual assault are an extremely marginalized community and I wanted to fight on behalf of people who were voiceless. There are few better ways to do that kind of thing than be an attorney.

The session primarily focused on sexual assault in college, especially why it happens, prevention and reporting, with the primary discussion coming from student questions. Although the majority of the audience was female, there were several male students in attendance.

“I thought it was important to come to TJ because these are conversations that need to be had sooner than later,” Armstead said. “When we go to college, often times we are confronted by it at the most inopportune times, the worst times, and being able to have a conversation prior arms people with what they need to empower themselves moving forward.”

Dimri and Nathan decided to have this presentation as a part of their senior global studies class.

“We’re in global studies and in first quarter we had to get into small groups to focus on a global issue,” Dimri said. “We chose to focus on violence against women. Then, as we moved forward in the year for global we had to narrow our focus. Since we heard a lot in the news about campus sexual assault, including the Rolling Stone/UVA article controversy, we decided to further investigate this topic. And of course, it’s really relevant to us since we are about to go to college.”